Filter By
Filter By
September 2022
1 Oct - 30 Nov 2022
December 2022
Concert
Renzo Arbore and l'Orchestra Italiana
Teatro Verdi
View Tickets
Important Info
Renzo Arbore and his l'Orchestra Italiana, a story lasting a lifetime. Exactly 28 years of the showman's career are dedicated to the enhancement and relaunch of the Classical Neapolitan Song in Italy and abroad. It was back in 1991 the year in which "The Italian Orchestra" was born, 15 "... all stars" as the showman likes to call them, excellent soloists of his instrument (guitars, mandolins, accordion, piano, drums, tambourines and voices) and a great repertoire to carry around the world. "Renzo Arbore L'Orchestra Italiana", a trademark that has becom ... Read More
Venue Details
Teatro Verdi - Florence
Via Ghibellina 99 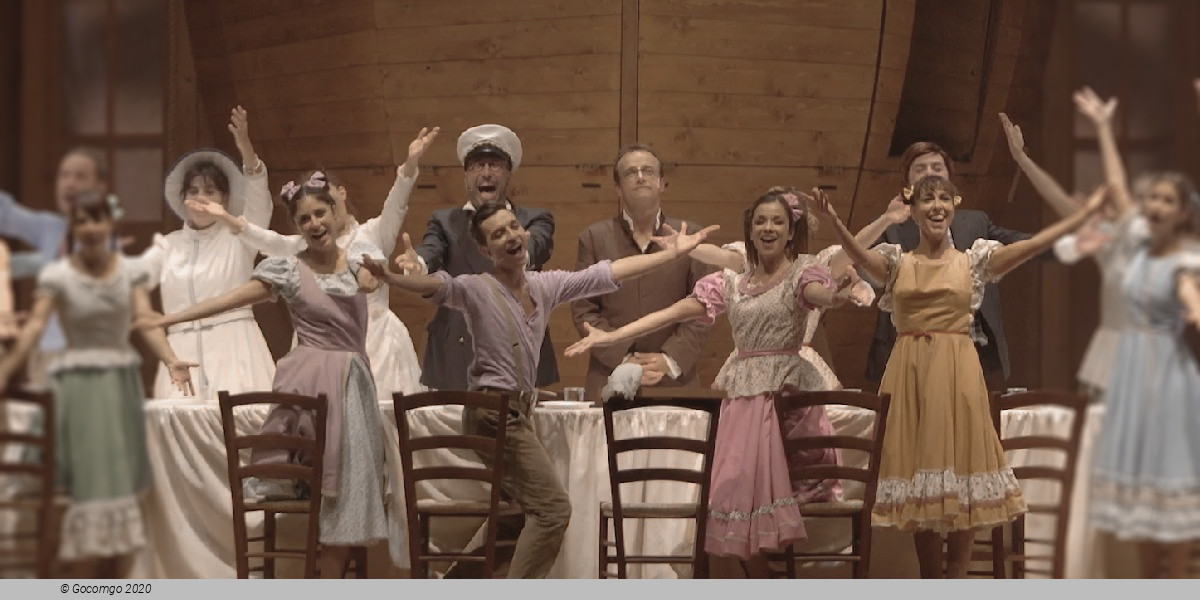 For more than 160 years, Verdi has been the bigges ... Read More
View Tickets
Classical Concert
The very best of John Williams
Teatro Verdi
From Star Wars to Harry Potter, from Schindler&#39;s List to Indiana Jones, a journey into the myth of John Williams.
View Tickets
Important Info
Daniel Simon, producer of the show, and Matthias G. Kendliger, conductor of the orchestra of 70 musicians, for the first time in Italy, will bring to life the best of John Williams live in concert. Kendlinger and the famous K&K Philharmonic will take Italian spectators on a journey into the fascinating world of Williams' genius, through space at the speed of light, into the depths of the sea and into the magic of music: an exciting and powerful live concert. John Williams, the most successful film music composer ever, has worked with legendary directors: Steven Spielberg and George Luc ... Read More
Venue Details
Teatro Verdi - Florence
Via Ghibellina 99

For more than 160 years, Verdi has been the bigges ... Read More
View Tickets
Concert
Francesco Renga
Teatro Verdi
Cast: Francesco Renga
View Tickets
Important Info
“Planning a new tour causes me so many emotions - says Renga - such is the desire to go back to singing for my people, with my people! Hope to be able to embrace them all and maybe not just with a look. It's a bit like coming back to life, a real epiphany ... "
Venue Details
Teatro Verdi - Florence
Via Ghibellina 99

For more than 160 years, Verdi has been the bigges ... Read More
View Tickets
Concert
Gigi D'Alessio
Teatro Verdi
Cast: Gigi D`Alessio
View Tickets
Important Info
Fresh from the television success with Vanessa Incontrada of "20 years that we are Italian" on Rai 1, Gigi returns to his audience in the most intimate dimension of theaters with a show that aims to make all fans protagonists: "by kind request" in fact, spectators will be able to intervene to request the songs to play, from the great hits to the songs from the latest album “Noi due” released in October, and thus interact directly with the singer-songwriter. Alongside Gigi on stage a band with which the singer has now reached a great understanding: Alfredo Golin ... Read More
Venue Details
Teatro Verdi - Florence
Via Ghibellina 99

For more than 160 years, Verdi has been the bigges ... Read More
View Tickets
Concert
James Taylor
Teatro Verdi
The legendary singer-songwriter on tour in Italian theaters with his all star band.
Cast: James Taylor
View Tickets
Important Info
James Taylor has announced a 5 date Italian tour that will take place in 2022. The tour, which will see Taylor accompanied by his All Star Band, will start from the Colosseum Theater in Turin on February 22nd and then continue to Bassano del Grappa and then to Florence, Rome and Milan where the concert series will end on February 28th. It will be an opportunity for James' many Italian fans to listen to the songs of his extraordinary career in the wonderful setting of some of the most prestigious Italian theaters. James Taylor released his twentieth album "American Standard", ... Read More
Venue Details
Teatro Verdi - Florence
Via Ghibellina 99

For more than 160 years, Verdi has been the bigges ... Read More
View Tickets

For more than 160 years, Verdi has been the biggest Italian-style theatre in Tuscany (at the time of its construction, it was among the seven largest in Italy). In all these years it has kept intact its main features, mainly of being a great popular theatre in the city center, open to all kinds of shows.

Born as Teatro Pagliano, it was inaugurated on September 10, 1854 with the notes of Verdi’s opera Il Viscardello, which later would become Rigoletto. The new theatre, which took the place of a multipurpose facility (circus, music hall, outdoor amphitheater) built on the remains of the fourteenth century Stinche prison, is due to entrepreneur pharmacist and former baritone Girolamo Pagliano.

The years following the debut were characterized by the great season of melodrama of the late nineteenth century and its charismatic protagonists. Here took place patriotic and humanitarian events and the first memorable stage productions with great performers. Then, it changed ownership continuously from one owner to another and became Teatro Verdi in 1901. After World War I, it opened to popular operetta, and with the Castellani ownership, the greatest actors of the twentieth century arrived.

With the fabulous 60s, the theater hosts international pop stars and celebrities of the popular theatre and the revue. Here come the shows of the Maggio Musicale Fiorentino, the film festivals, the ballets, the most wanted artists of rock, pop and jazz music, and the unconventional prose.
In January 1998, the theater goes to the Foundation ORT, thus becoming the headquarters of rehearsals and concerts of the Orchestra della Toscana. It maintains at the same time the unique diversity of theatrical proposals, the image of an open cultural space and lively programming, while being attentive to the needs of its large audience.
With the arrival of the Orchestra della Toscana, Teatro Verdi steadily welcomes classical music with great conductors and world-renowned musicians. Thanks to the company Antico Teatro Pagliano, which looks after the theater season, and PRG, which organizes the pop and rock music, Verdi still offers a very articulate programming for quality, genres and many propositions.