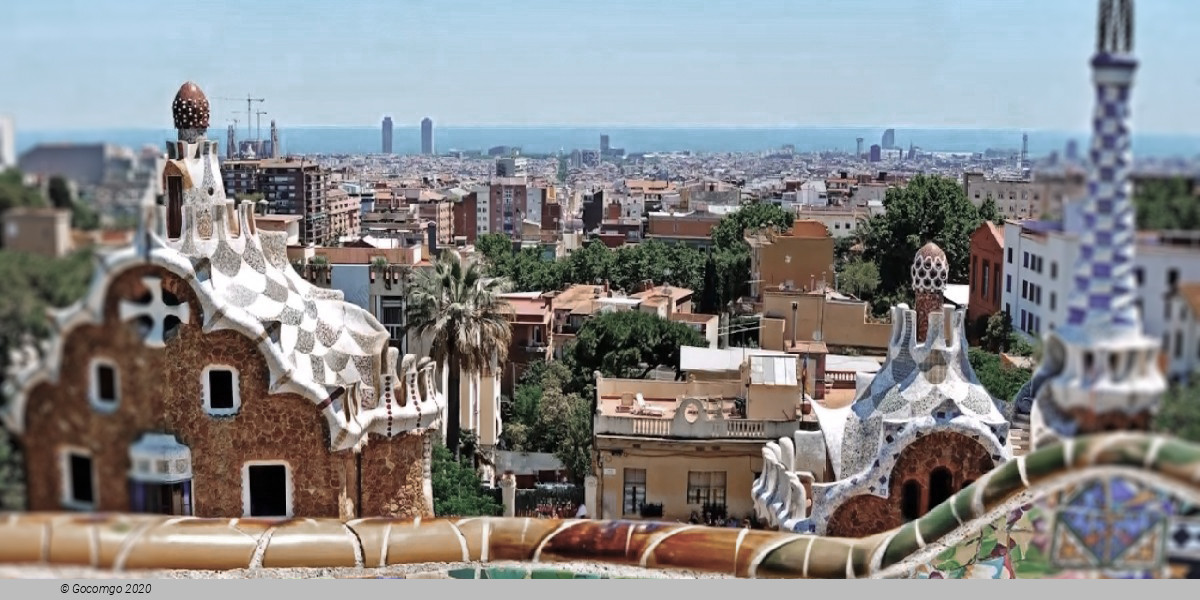 Barcelona is a city on the coast of northeastern Spain. It is the capital and largest city of the autonomous community of Catalonia. Barcelona's culture stems from the city's 2000 years of history. Barcelona has historically been a cultural center of reference in the world. To a greater extent than the rest of Catalonia, where Catalonia's native language Catalan is more dominant, Barcelona is a bilingual city: Catalan and Spanish are both official and widely spoken. Since the arrival of democracy, the Catalan culture (very much repressed during the dictatorship) has experienced a rebirth, both by recovering works from the past and by stimulating the creation of new works. Barcelona is an international hub of highly active and diverse cultural life with theatres, concert halls, cinemas, museums, and high-value architectural heritage.

Barcelona has many venues for live music and theatre, including the world-renowned Gran Teatre del Liceu opera theatre, the Teatre Nacional de Catalunya, L'Auditori, the several venues of Teatre Lliure and the Palau de la Música Catalana concert hall. Other theaters include the Teatre Poliorama. The GREC festival takes place every summer and brings highly renowned performers and companies to Barcelona.

Barcelona is home to the Sónar Music Festival as well as the Primavera Sound Festival which both take place around May and June every year. Sónar is an electronica music festival split into three days with two main events on each day (Sónar By Night and Sónar by Day). Sónar by day is held close to Les Rambles, whereas Sonar by night takes place in a complex just outside the main city. Primavera Sound is more focused on a broader programming with also guitar rock and indie rock related music. This festival is held in Parc del Fòrum and the black/blue triangled building of the Auditorium straight across where Sónar is held.

The Barcelona Symphony and Catalonia National Orchestra (Orquestra Simfònica de Barcelona i Nacional de Catalunya, usually known as OBC) is the largest symphonic orchestra in Catalonia. Founded by the violinist and conductor Eduard Toldrà in 1944 as Barcelona's Municipal Orchestra, it became the OBC in the 1994-95 season after the Generalitat de Catalunya and Barcelona's City Council constituted the OBC consortium. In 1999, the OBC inaugurated its new venue in the brand-new L'Auditori). It performs around 75 concerts per season and its current director is Eiji Oue.

Barcelona houses a great number of museums, which cover different areas and eras. The City History Museum, situated in a medieval building that used to be a royal residence, explains the story of the city, and includes a visit to the Roman ruins in the museum's basement. It also comprises the Museum-Monastery of Pedralbes, one of the best examples of Catalan Gothic architecture, the Museum-House Verdaguer, dedicated to poet Jacint Verdaguer, the Park Güell Interpretation Centre and several other minor sites.

The National Museum of Art of Catalonia possesses a well-known collection of Romanesque art, including wall-paintings from Romanesque churches and chapels around Catalonia that have been transferred to the museum, Gothic art from the 13th–15th centuries, Renaissance and Baroque art from the 16th-18th centuries, Modern art from the 19th century and the first decades of the 20th century, as well as the Thyssen-Bornemisza Collection.

The Barcelona Museum of Contemporary Art, usually known as MACBA (acronym of Museu d'Art Contemporani de Barcelona), focuses on post-1945 Catalan and Spanish art, though it also includes foreign works. Adjacent to the MACBA, the Centre de Cultura Contemporània de Barcelona, or CCCB, hosts temporary exhibitions, a cinema, concerts and acts as a key cultural hub for the city.

The works of Joan Miró are found in the museum of the Fundació Joan Miró, together with guest exhibitions from other museums around the world, while the Picasso Museum features early works by Pablo Picasso and his Las Meninas series. The Fundació Antoni Tàpies holds a collection of Tàpies works.

CaixaForum Barcelona is an important art complex focused on temporary exhibitions and a wide array of cultural activities. The museum complex, once a factory designed by modernist architect Josep Puig i Cadalfalch, was renovated by Arata Isozaki to include 3 exhibition rooms and an auditorium. Despite its focus on temporary exhibitions, CaixaForum also houses permanent interventions by Sol Le Witt, Lucio Fontana and Joseph Beuys.

The Museu Marítim de Barcelona, founded in 1929, is a nautical museum situated in historical Barcelona's Royal Shipyard complex, with the purpose of illustrating Catalan seafaring culture and maritime history. CosmoCaixa (formerly the Science Museum) is a science museum run by La Caixa Foundation that received the European Museum of the Year Award in 2006.

The Barri Gòtic ("Gothic Quarter" in Catalan) is the centre of the old city of Barcelona. Many of the buildings date from medieval times, some from as far back as the Roman settlement of Barcelona. Other historical areas include El Raval and El Born.

Catalan Modernisme architecture (often known as Art Nouveau in the rest of Europe), developed between 1885 and 1950 and left an important legacy in Barcelona. A great number of these buildings are World Heritage Sites. Especially remarkable is the work of architect Antoni Gaudí, which can be seen throughout the city. His best known work is the immense but still unfinished church of the Sagrada Família, which has been under construction since 1882, and is still financed by private donations: as of 2007, completion is planned for 2026. Other examples of his work are the Palau Güell, the Park Güell, the Casa Milà (La Pedrera) and the Casa Batlló. Many turn-of-the-century buildings were constructed in the context of the huge widening of the city which came with the construction of Eixample and the incorporation of other municipalities into a larger Barcelona. This was based on Ildefons Cerdà's linear mid-19th century urban plan, which was revolutionary at the time and which is still notable for allowing new architecture to be built on unused ground.

Another notable architect was Lluís Domènech i Montaner, who designed the Palau de la Música Catalana, the Hospital de Sant Pau and the Casa Lleó Morera. Josep Puig i Cadafalch's Casa Amatller can also be seen on Passeig de Gràcia. Adolf Florensa, one of the first architects to adapt structures from the Chicago School, was in charge of many original works in Via Laietana, the Palace of Communications and Transports of the 1929 World Exposition and most especially the new urban plan of the Gothic Quarter.

The 1929 world exposition also brought to Barcelona the work of german architect Ludwig Mies Van der Rohe who designed the German pavilion of the exhibition, reconstructed in 1986, an important building in the history of modern architecture, known for its simple form and its spectacular use of extravagant materials.

Cool, Hidden, and Unusual Things to Do in Barcelona