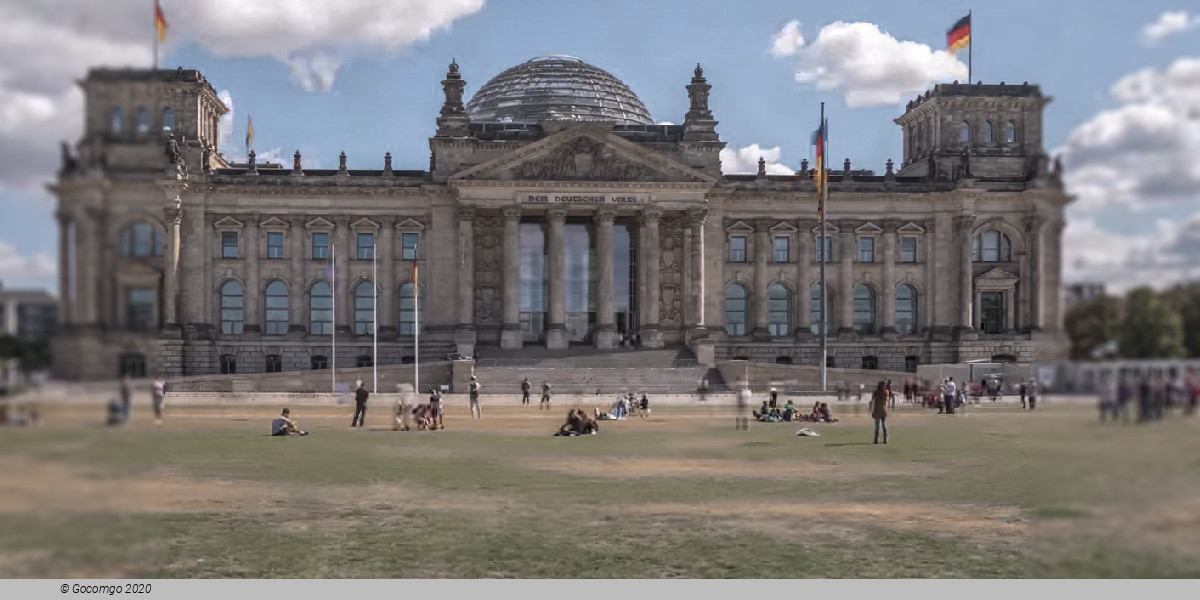 Berlin is the capital and largest city of Germany. Berlin is known for its numerous cultural institutions, many of which enjoy international reputation. The diversity and vivacity of the metropolis led to a trendsetting atmosphere. An innovative music, dance and art scene has developed in the 21st century. Berlin is a world city of culture, politics, media and science. Its economy is based on high-tech firms and the service sector, encompassing a diverse range of creative industries, research facilities, media corporations and convention venues.

The expanding cultural performance of the city was underscored by the relocation of the Universal Music Group who decided to move their headquarters to the banks of the River Spree. In 2005, Berlin was named "City of Design" by UNESCO and has been part of the Creative Cities Network ever since.

Young people, international artists and entrepreneurs continued to settle in the city and made Berlin a popular entertainment center in the world.

The cityscape of Berlin displays large quantities of urban street art. It has become a significant part of the city's cultural heritage and has its roots in the graffiti scene of Kreuzberg of the 1980s. The Berlin Wall itself has become one of the largest open-air canvasses in the world. The leftover stretch along the Spree river in Friedrichshain remains as the East Side Gallery. Berlin today is consistently rated as an important world city for street art culture. Berlin has galleries which are quite rich in contemporary art. Located in Mitte, KW Institute for Contemporary Art, KOW, Sprüth Magers; Kreuzberg there are a few galleries as well such as Blain Southern, Esther Schipper, Future Gallery, König Gallerie.

Berlin's nightlife has been celebrated as one of the most diverse and vibrant of its kind. In the 1970s and 80s the SO36 in Kreuzberg was a center for punk music and culture. The SOUND and the Dschungel gained notoriety. Throughout the 1990s, people in their 20s from all over the world, particularly those in Western and Central Europe, made Berlin's club scene a premier nightlife venue. After the fall of the Berlin Wall in 1989, many historic buildings in Mitte, the former city center of East Berlin, were illegally occupied and re-built by young squatters and became a fertile ground for underground and counterculture gatherings. The central boroughs are home to many nightclubs, including the Watergate, Tresor and Berghain.

The annual Berlin International Film Festival (Berlinale) with around 500,000 admissions is considered to be the largest publicly attended film festival in the world.

Berlin is home to 44 theaters and stages. The Deutsches Theater in Mitte was built in 1849–50 and has operated almost continuously since then. The Volksbühne at Rosa-Luxemburg-Platz was built in 1913–14, though the company had been founded in 1890. The Berliner Ensemble, famous for performing the works of Bertolt Brecht, was established in 1949. The Schaubühne was founded in 1962 and moved to the building of the former Universum Cinema on Kurfürstendamm in 1981. With a seating capacity of 1,895 and a stage floor of 2,854 square meters (30,720 sq ft), the Friedrichstadt-Palast in Berlin Mitte is the largest show palace in Europe.

Berlin has three major opera houses: the Deutsche Oper, the Berlin State Opera, and the Komische Oper. The Berlin State Opera on Unter den Linden opened in 1742 and is the oldest of the three. Its musical director is Daniel Barenboim. The Komische Oper has traditionally specialized in operettas and is also at Unter den Linden. The Deutsche Oper opened in 1912 in Charlottenburg.

The city's main venue for musical theater performances are the Theater am Potsdamer Platz and Theater des Westens (built in 1895). Contemporary dance can be seen at the Radialsystem V. The Tempodrom is host to concerts and circus-inspired entertainment. It also houses a multi-sensory spa experience. The Admiralspalast in Mitte has a vibrant program of variety and music events.

There are seven symphony orchestras in Berlin. The Berlin Philharmonic Orchestra is one of the preeminent orchestras in the world; it is housed in the Berliner Philharmonie near Potsdamer Platz on a street named for the orchestra's longest-serving conductor, Herbert von Karajan. Simon Rattle was its principal conductor from 1999 to 2018, a position now held by Kirill Petrenko. The Konzerthausorchester Berlin was founded in 1952 as the orchestra for East Berlin. Ivan Fischer is its principal conductor. The Haus der Kulturen der Welt presents exhibitions dealing with intercultural issues and stages world music and conferences. The Kookaburra and the Quatsch Comedy Club are known for satire and comedy shows. In 2018, the New York Times described Berlin as "arguably the world capital of underground electronic music".