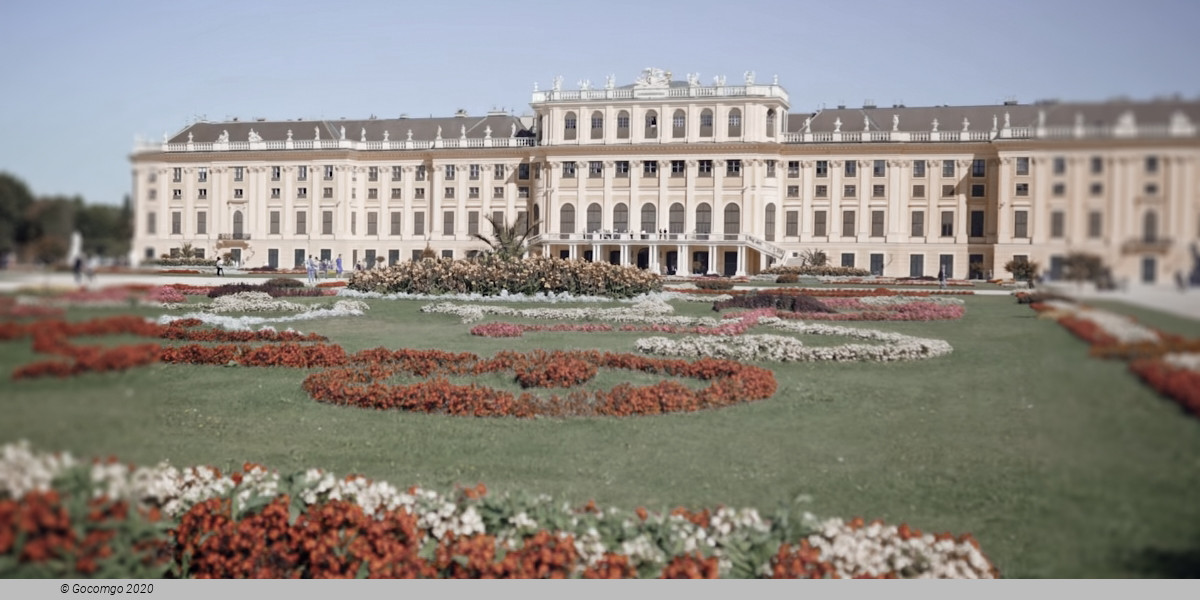 Vienna is the federal capital and largest city of Austria, and one of the nine states of Austria. Vienna is Austria's primate city and its cultural, economic, and political centre. Art and culture had a long tradition in Vienna, including theatre, opera, classical music and fine arts. The Burgtheater is considered one of the best theatres in the German-speaking world alongside its branch, the Akademietheater. The Volkstheater Wien and the Theater in der Josefstadt also enjoy good reputations. There is also a multitude of smaller theatres, in many cases devoted to less mainstream forms of the performing arts, such as modern, experimental plays or cabaret.

Vienna is also home to a number of opera houses, including the Theater an der Wien, the Staatsoper and the Volksoper, the latter being devoted to the typical Viennese operetta. Classical concerts are performed at world-famous venues such as the Wiener Musikverein, home of the Vienna Philharmonic Orchestra known across the world for the annual widely broadcast "New Year's Day Concert", as well as the Wiener Konzerthaus, home of the internationally renowned Vienna Symphony. Many concert venues offer concerts aimed at tourists, featuring popular highlights of Viennese music, particularly the works of Wolfgang Amadeus Mozart, Johann Strauss I, and Johann Strauss II.

Up until 2005, the Theater an der Wien has hosted premieres of musicals, although with the year of the Mozart celebrations 2006 it has devoted itself to the opera again and has since become a stagione opera house offering one new production each month, thus quickly becoming one of Europe's most interesting and advanced opera houses. Since 2012 Theater an der Wien has taken over the Wiener Kammeroper, a historical small theatre in the first district of Vienna seating 300 spectators, turning it into its second venue for smaller sized productions and chamber operas created by the young ensemble of Theater an der Wien (JET). Before 2005 the most successful musical was Elisabeth, which was later translated into several languages and performed all over the world. The Wiener Taschenoper is dedicated to stage music of the 20th and 21st century. The Haus der Musik ("house of music") opened in the year 2000.

The Wienerlied is a unique song genre from Vienna. There are approximately 60,000 – 70,000 Wienerlieder.

In 1981 the popular British new romantic group Ultravox paid a tribute to Vienna on an album and an artful music video recording called Vienna. The inspiration for this work arose from the cinema production called The Third Man with the title Zither music of Anton Karas.

The Vienna's English Theatre (VET) is an English theater in Vienna. It was founded in 1963 and is located in the 8th Vienna's district. It is the oldest English-language theater in Europe outside the UK.

In May 2015, Vienna hosted the Eurovision Song Contest following Austria's victory in the 2014 contest.

A variety of architectural styles can be found in Vienna, such as the Romanesque Ruprechtskirche and the Baroque Karlskirche. Styles range from classicist buildings to modern architecture. Art Nouveau left many architectural traces in Vienna. The Secession building, Karlsplatz Stadtbahn Station, and the Kirche am Steinhof by Otto Wagner rank among the best known examples of Art Nouveau in the world. Wagner's prominent student Jože Plečnik from Slovenia also left important traces in Vienna. His works include the Langer House (1900) and the Zacherlhaus (1903–1905). Plečnik's 1910–1913 Church of the Holy Spirit (Heilig-Geist-Kirche) in Vienna is remarkable for its innovative use of poured-in-place concrete as both structure and exterior surface, and also for its abstracted classical form language. Most radical is the church's crypt, with its slender concrete columns and angular, cubist capitals and bases.

Vienna is the last great capital of the 19th-century ball. There are over 450 balls per year, some featuring as many as nine live orchestras. Balls are held in the many palaces in Vienna, with the principal venue being the Hofburg Palace in Heldenplatz. While the Opera Ball is the best known internationally of all the Austrian balls, other balls such as the Kaffeesiederball (Cafe Owners Ball), the Jägerball (Hunter's Ball) and the Life Ball (AIDS charity event) are almost as well known within Austria and even better appreciated for their cordial atmosphere. Viennese of at least middle class may visit a number of balls in their lifetime.

Dancers and opera singers from the Vienna State Opera often perform at the openings of the larger balls.

A Vienna ball is an all-night cultural attraction. Major Vienna balls generally begin at 9 pm and last until 5 am, although many guests carry on the celebrations into the next day. Viennese balls are being exported (with support from the City of Vienna) to around 30 cities worldwide such as New York, Barcelona, Hong Kong, Kuala Lumpur, Rome, Prague, Bucharest, Berlin and Moscow.