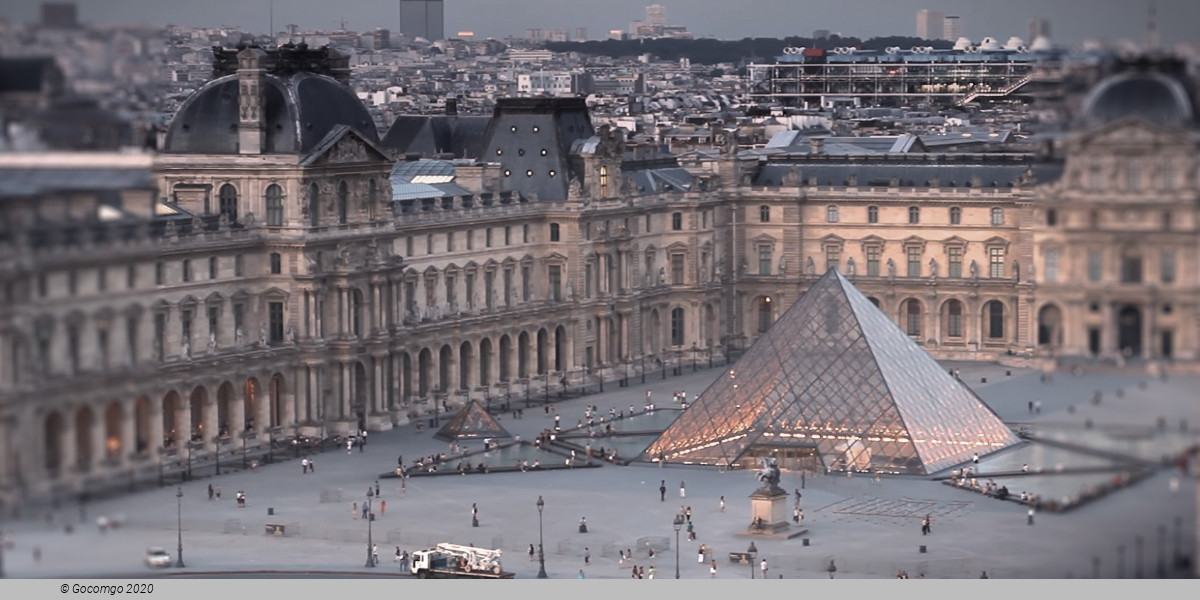 Paris is the capital and most populous city of France, which since the 17th century has been one of the world's major centres of finance, diplomacy, commerce, fashion, gastronomy, science, and arts, and has sometimes been referred to as the capital of the world or "the City of Light". Paris is known for its museums and architectural landmarks: the Louvre was the most visited art museum in the world in 2018, with 10.2 million visitors. The Musée d'Orsay, Musée Marmottan Monet, and Musée de l'Orangerie are noted for their collections of French Impressionist art, the Pompidou Centre Musée National d'Art Moderne has the largest collection of modern and contemporary art in Europe, and the Musée Rodin and Musée Picasso exhibit the works of the two noted Parisians. The historical district along the Seine in the city centre is classified as a UNESCO Heritage Site, and popular landmarks in the city centre include the Cathedral of Notre Dame de Paris and the Gothic royal chapel of Sainte-Chapelle, both on the Île de la Cité; the Eiffel Tower, constructed for the Paris Universal Exposition of 1889; the Grand Palais and Petit Palais, built for the Paris Universal Exposition of 1900; the Arc de Triomphe on the Champs-Élysées, and the Basilica of Sacré-Coeur on the hill of Montmartre.

The largest opera houses of Paris are the 19th-century Opéra Garnier (historical Paris Opéra) and modern Opéra Bastille; the former tends toward the more classic ballets and operas, and the latter provides a mixed repertoire of classic and modern. In middle of the 19th century, there were three other active and competing opera houses: the Opéra-Comique (which still exists), Théâtre-Italien and Théâtre Lyrique (which in modern times changed its profile and name to Théâtre de la Ville). Philharmonie de Paris, the modern symphonic concert hall of Paris, opened in January 2015. Another musical landmark is the Théâtre des Champs-Élysées, where the first performances of Diaghilev's Ballets Russes took place in 1913.

Theatre traditionally has occupied a large place in Parisian culture, and many of its most popular actors today are also stars of French television. The oldest and most famous Paris theatre is the Comédie-Française, founded in 1680. Run by the Government of France, it performs mostly French classics at the Salle Richelieu in the Palais-Royal at 2 rue de Richelieu, next to the Louvre. of Other famous theatres include the Odéon-Théâtre de l'Europe, next to the Luxembourg Gardens, also a state institution and theatrical landmark; the Théâtre Mogador, and the Théâtre de la Gaîté-Montparnasse.

The music hall and cabaret are famous Paris institutions. The Moulin Rouge was opened in 1889. It was highly visible because of its large red imitation windmill on its roof, and became the birthplace of the dance known as the French Cancan. It helped make famous the singers Mistinguett and Édith Piaf and the painter Toulouse-Lautrec, who made posters for the venue. In 1911, the dance hall Olympia Paris invented the grand staircase as a settling for its shows, competing with its great rival, the Folies Bergère. Its stars in the 1920s included the American singer and dancer Josephine Baker. Later, Olympia Paris presented Dalida, Edith Piaf, Marlene Dietrich, Miles Davis, Judy Garland and the Grateful Dead.

The Casino de Paris presented many famous French singers, including Mistinguett, Maurice Chevalier and Tino Rossi. Other famous Paris music halls include Le Lido, on the Champs-Élysées, opened in 1946; and the Crazy Horse Saloon, featuring strip-tease, dance and magic, opened in 1951. A half dozen music halls exist today in Paris, attended mostly by visitors to the city.

Cool, Hidden, and Unusual Things to Do in Paris