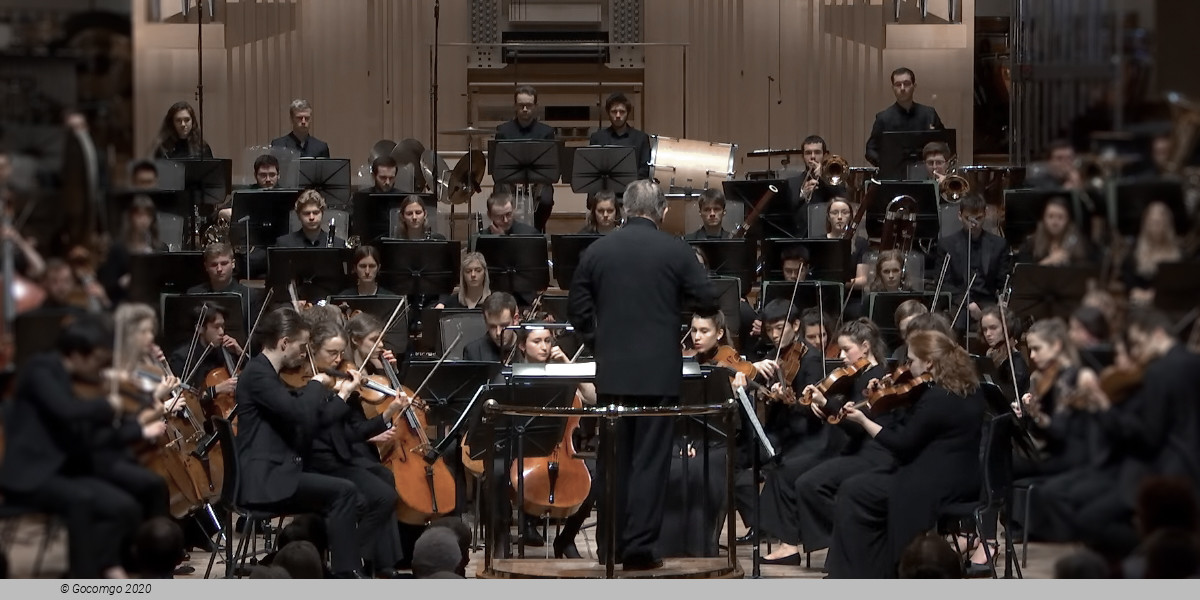 The showstopping Yuja Wang joins Gustavo Dudamel for the first of all four Rachmaninoff concertos across two weekends. The First Concerto reveals a young, ambitious composer defining his style and honing his voice. Completed when he was 18 and a student at the Moscow Conservatory, and then revised 26 years later once the composer had become a worldly, refined artist, the First offers Rachmaninoff’s characteristic Romantic style with the unabashed showmanship you might expect from a youthful virtuoso eager to flex his muscles.

In the second half, Dudamel moves from one of Rachmaninoff’s very first pieces to one of his last. Composed while living in the United States, Rachmaninoff’s Symphonic Dances was the composer’s final orchestral work and drew on his life’s work with nods to sacred chants and his own earlier music while looking forward to the new harmonic language of the 20th century.

The Walt Disney Concert Hall at 111 South Grand Avenue in downtown Los Angeles, California, is the fourth hall of the Los Angeles Music Center and was designed by Frank Gehry. It opened on October 24, 2003. Bounded by Hope Street, Grand Avenue, and 1st and 2nd Streets, it seats 2,265 people and serves, among other purposes, as the home of the Los Angeles Philharmonic orchestra and the Los Angeles Master Chorale. The hall is a compromise between an arena seating configuration, like the Berliner Philharmonie by Hans Scharoun, and a classical shoebox design like the Vienna Musikverein or the Boston Symphony Hall.

Lillian Disney made an initial gift of $50 million in 1987 to build a performance venue as a gift to the people of Los Angeles and a tribute to Walt Disney's devotion to the arts and to the city. The Frank Gehry–designed building opened on October 24, 2003. Both Gehry's architecture and the acoustics of the concert hall, designed by Minoru Nagata, the final completion supervised by Nagata's assistant and protege Yasuhisa Toyota, have been praised, in contrast to its predecessor, the Dorothy Chandler Pavilion.

The project was initiated in 1987, when Lillian Disney, widow of Walt Disney, donated $50 million. Frank Gehry delivered completed designs in 1991. Construction of the underground parking garage began in 1992 and was completed in 1996. The garage cost had been $110 million, and was paid for by Los Angeles County, which sold bonds to provide the garage under the site of the planned hall. Construction of the concert hall itself stalled from 1994 to 1996 due to lack of fundraising. Additional funds were required since the construction cost of the final project far exceeded the original budget. Plans were revised, and in a cost-saving move the originally designed stone exterior was replaced with a less costly stainless steel skin. The needed fundraising restarted in earnest in 1996, headed by Eli Broad and then-mayor Richard Riordan. Groundbreaking for the hall was held in December 1999. Delay in the project completion caused many financial problems for the county of LA. The County expected to repay the garage debts by revenue coming from the Disney Hall parking users.

Upon completion in 2003, the project cost an estimated $274 million; the parking garage alone cost $110 million. The remainder of the total cost was paid by private donations, of which the Disney family's contribution was estimated to $84.5 million with another $25 million from The Walt Disney Company. By comparison, the three existing halls of the Music Center cost $35 million in the 1960s (about $190 million in today's dollars).

The design of the hall included a large concert organ, completed in 2004, which was used in a special concert for the July 2004 National Convention of the American Guild of Organists. The organ had its public debut in a non-subscription recital performed by Frederick Swann on September 30, 2004, and its first public performance with the Philharmonic two days later in a concert featuring Todd Wilson.

The organ's façade was designed by architect Frank Gehry in consultation with organ consultant and tonal designer Manuel Rosales. Gehry wanted a distinctive, unique design for the organ. He would submit design concepts to Rosales, who would then provide feedback. Many of Gehry's early designs were fanciful, but impractical: Rosales said in an interview with Timothy Mangan of The Orange County Register, "His earliest input would have created very bizarre musical results in the organ. Just as a taste, some of them would have had the console at the top and pipes upside down. There was another in which the pipes were in layers of arrays like fans. The pipes would have had to be made out of materials that wouldn't work for pipes. We had our moments where we realized we were not going anywhere. As the design became more practical for me, it also became more boring for him." Then, Gehry came up with the curved wooden pipe concept, "like a logjam kind of thing," says Rosales, "turned sideways." This design turned out to be musically viable.

The organ was built by the German organ builder Caspar Glatter-Götz under the tonal direction and voicing of Manuel Rosales. It has an attached console built into the base of the instrument from which the pipes of the Positive, Great, and Swell manuals are playable by direct mechanical, or "tracker" key action, with the rest playing by electric key action; this console somewhat resembles North-German Baroque organs, and has a closed-circuit television monitor set into the music desk. It is also equipped with a detached, movable console, which can be moved about as easily as a grand piano, and plugged in at any of four positions on the stage, this console has terraced, curved "amphitheatre"-style stop-jambs resembling those of French Romantic organs, and is built with a low profile, with the music desk entirely above the top of the console, for the sake of clear sight lines to the conductor. From the detached console, all ranks play by electric key and stop action.

The organ is a gift to the County of Los Angeles from Toyota Motor Sales, U.S.A., Inc. (the U.S. sales, marketing, service, and distribution arm of Toyota Motor Corporation).