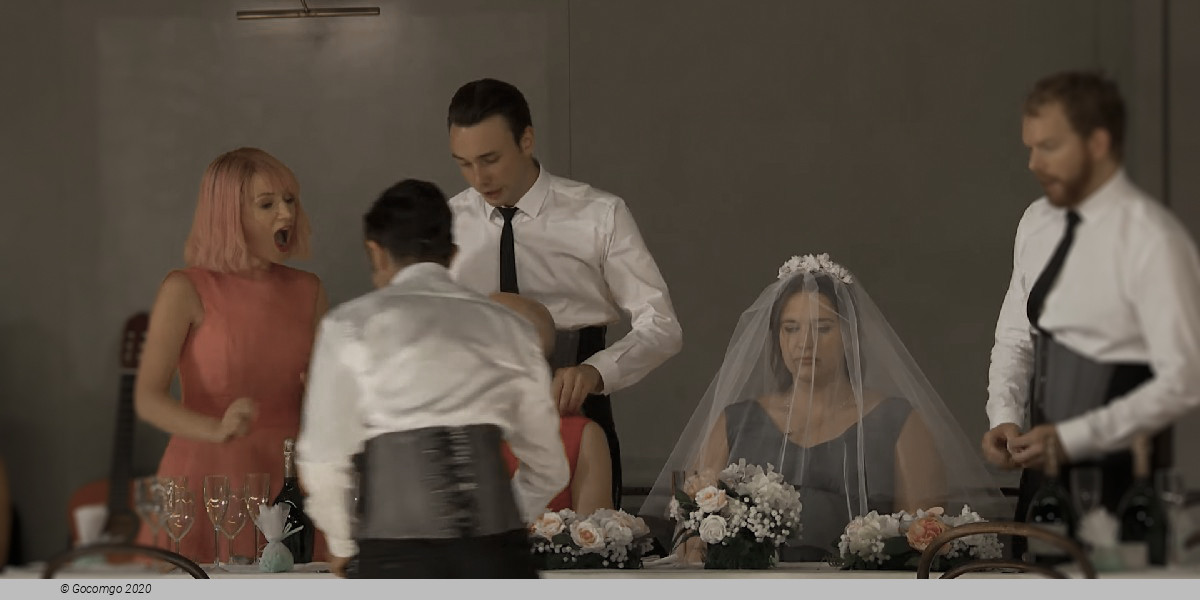 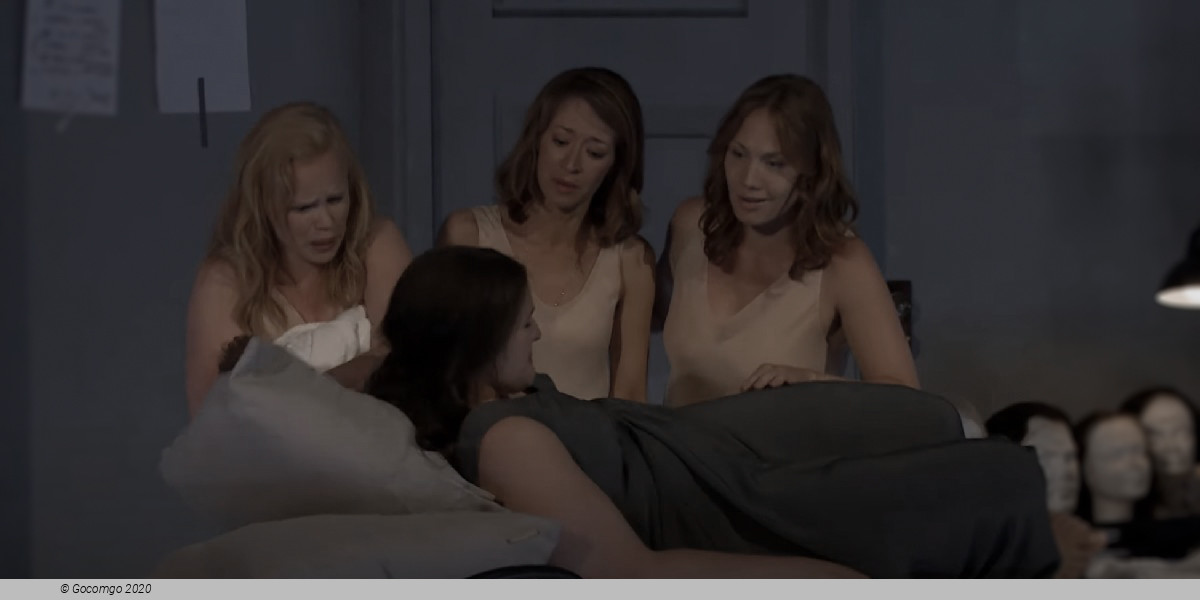 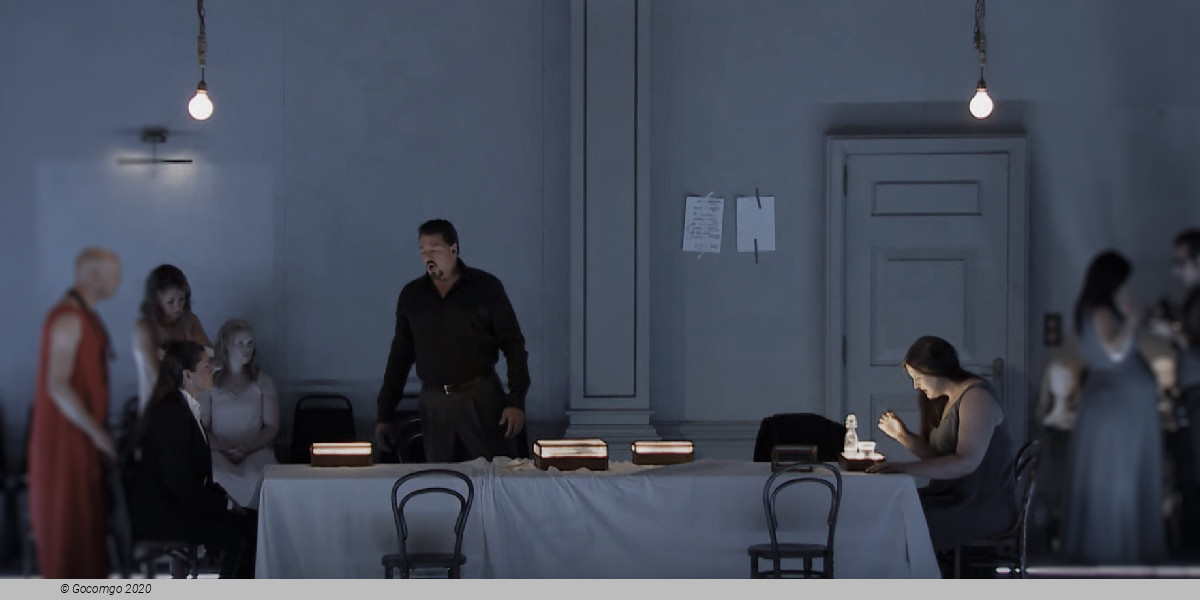 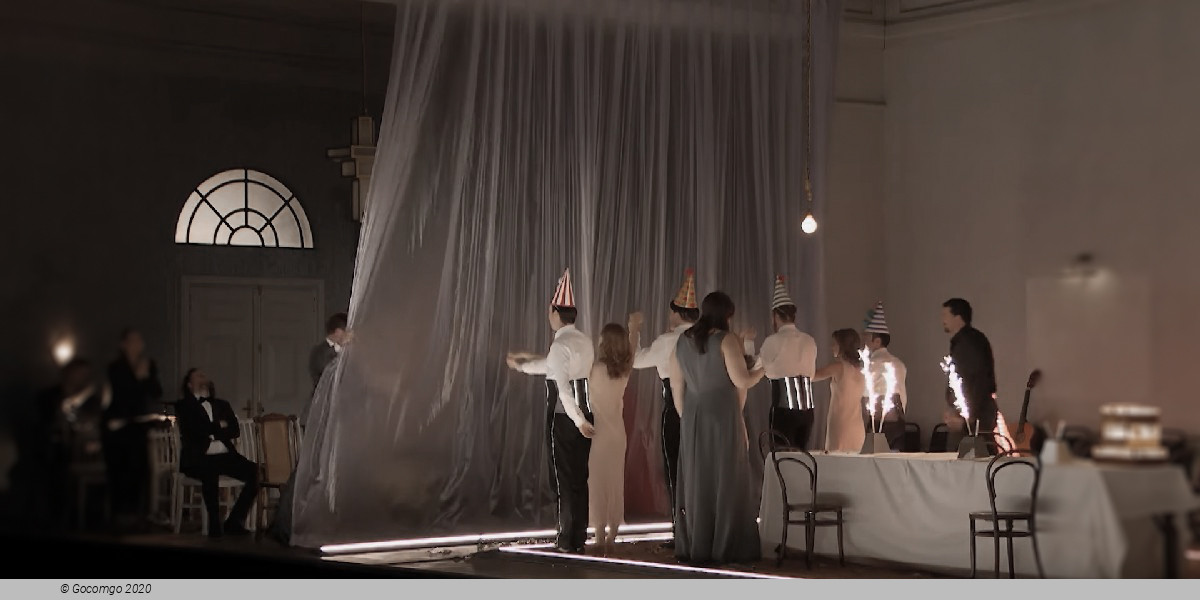 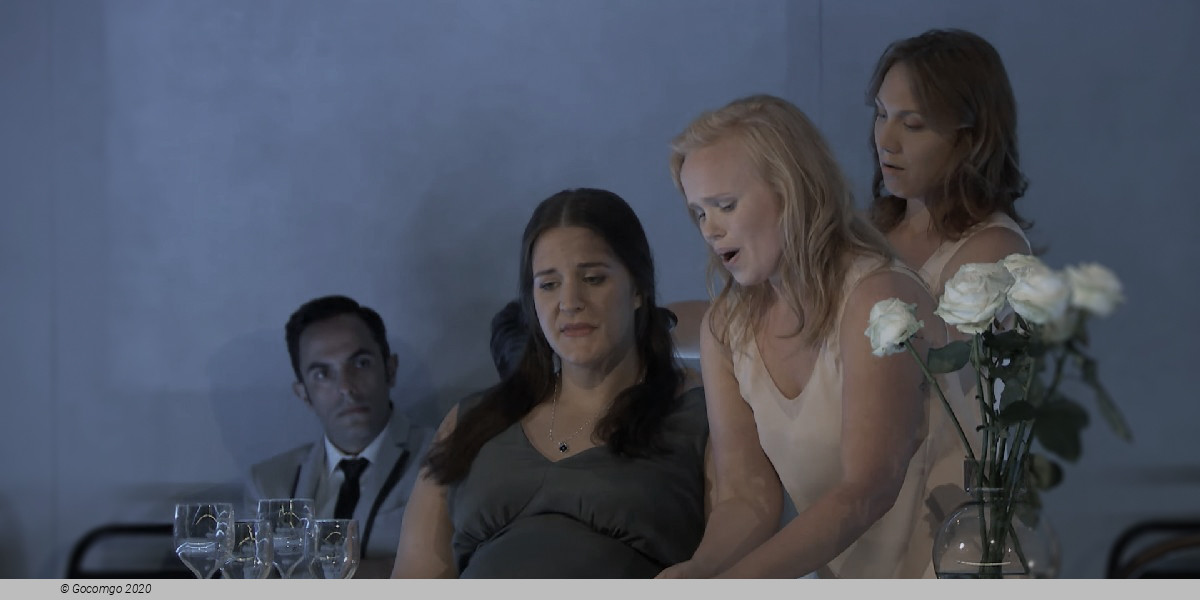 The composer is stressed. His little opera ensemble is about to perform Ariadne auf Naxos, a grandiose opera of his own making, at the home of a wealthy man. But the very same evening a troupe of players led by the colourful Zerbinetta will also perform, and the two ensembles fight over who is to go first. Suggestions for cuts is driving the earnest composer to near breakdown. This is the comic prologue to the opera about Ariadne that the audience will be attending after the intermission.

After Elektra and Der Rosenkavalier, the composer Richard Strauss and the librettist Hugo von Hofmannsthal was the foremost duo of operatic fame. They chose to follow up the two successes with a challenging experiment: an opera about an opera and a story about artistic creation. Ariadne auf Naxos is metafiction in its most enjoyable form, an opera that makes the audience aware of its own role in an entertaining way. It is a comic opera where spoken theatre is mixed with song.

Ariadne auf Naxos (Ariadne on Naxos) is an opera by Richard Strauss with a German libretto by Hugo von Hofmannsthal. Combining slapstick comedy and consummately beautiful music, the opera's theme is the competition between high and low art for the public's attention.

The building is located in the center of Sweden's capital Stockholm in the borough of Norrmalm, on the eastern side of Gustav Adolfs torg across from the former Arvfurstens Palats, now Ministry for Foreign Affairs. It lies on the north side of the Norrström river and is connected to the Royal Palace through the Norrbro bridge.

The opera company was founded by King Gustav III and its first performance, Thetis and Phelée with Carl Stenborg and Elisabeth Olin, was given on January 18, 1773; this was the first native speaking opera performed in Sweden.

But the first opera house was not opened until 1782 and served for a century before being replaced at the end of the 19th century. Both houses are officially called the "Royal Opera", however the terms "The Gustavian Opera" and "The Oscarian Opera", or the "Old" and "New" Opera are used when distinction is needed.

The Gustavian Opera
The original Stockholm Opera House, the work of architect Carl Fredrik Adelcrantz was commissioned by King Gustav III, a strong adherent of the ideal of an enlightened absolutism and as such was a great patron of the arts. The Swedish Opera company had first been located in Bollhuset, but there was a need to separate the Opera from the theatre and give them separate buildings. Construction began in 1775 and the theatre was inaugurated on 30 September 1782 with a performance of the German composer Johann Gottlieb Naumann's Cora och Alonzo. It was also the place for public masquerade balls, events inspired from the famous opera-balls in Paris, which was open for everyone wearing a mask at a cheap cost and somewhat ill-reputed.

The building was very imposing with its centre Corinthian tetrastyle portico supporting four statues and topped by the royal crown. The four-tiered auditorium was oval in shape, had excellent acoustics and sight lines. The sumptuous foyer contained neoclassic medallions and pilasters.

It was in the foyer of the opera house where the king met his fate: during a masquerade on March 16, 1792, he was shot by Jacob Johan Anckarström, and died 7 days later. (In turn, this event inspired the operas Gustave III by Daniel Auber and Un ballo in maschera by Verdi.) Following the assassination, the opera house was closed until 1 November 1792, when it was opened again, which by some was considered shocking. The son of Gustav III, King Gustav IV Adolf of Sweden, did not like the Opera, possibly because of the murder of his father, and disliked the fact that the scene of his father's murder was used as a place of amusement and leisure, and when a frivolous play was performed for his queen Frederica of Baden in 1806, he decided to close it down. It remained closed until 1809, and when the king was deposed, it took until May 1812, before it was organised enough to be fully opened again.

The old opera was demolished in 1892 to give way to the construction of a new Opera drawn by Axel Johan Anderberg, which was finished seven years later and inaugurated by King Oscar II with a production of a Swedish opera (that tradition having been quite firmly established during the 19th century), Franz Berwald's Estrella de Soria.

The new house had the letters Kungl. Teatern, literally "Royal Theatre" (which caused the later-founded Royal Dramatic Theatre to add the distinction "dramatic" to its name). The building is now simply called Operan ("The Opera"), written in golden letters above the middle arch on the front facade. It is a majestic neo-classical building with a magnificent gold foyer (Guldfoajén) and elegant marble grand staircase leading to a three-tiered auditorium somewhat smaller than the old theatre. It presently seats 1,200. Most productions are now sung in the original language (with Swedish subtitles), with only a few in Swedish.

The Royal Swedish Family of King Carl XVI Gustaf keeps the Royal Box reserved, located in the first tier in the auditorium above the orchestra pit.

The current general manager of the Royal Swedish Opera is the Swedish mezzo-soprano Birgitta Svendén. In November 2011, the Dutch conductor Lawrence Renes was named the next chief conductor of the company, as of the 2012–13 season, with an initial contract through the 2016–17 season.