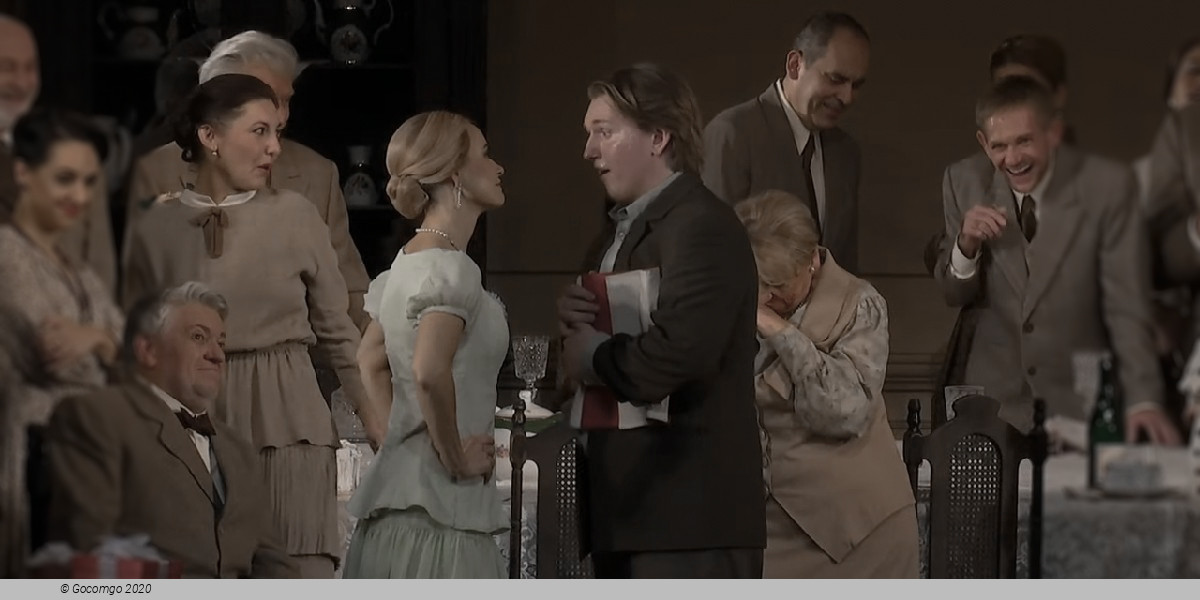 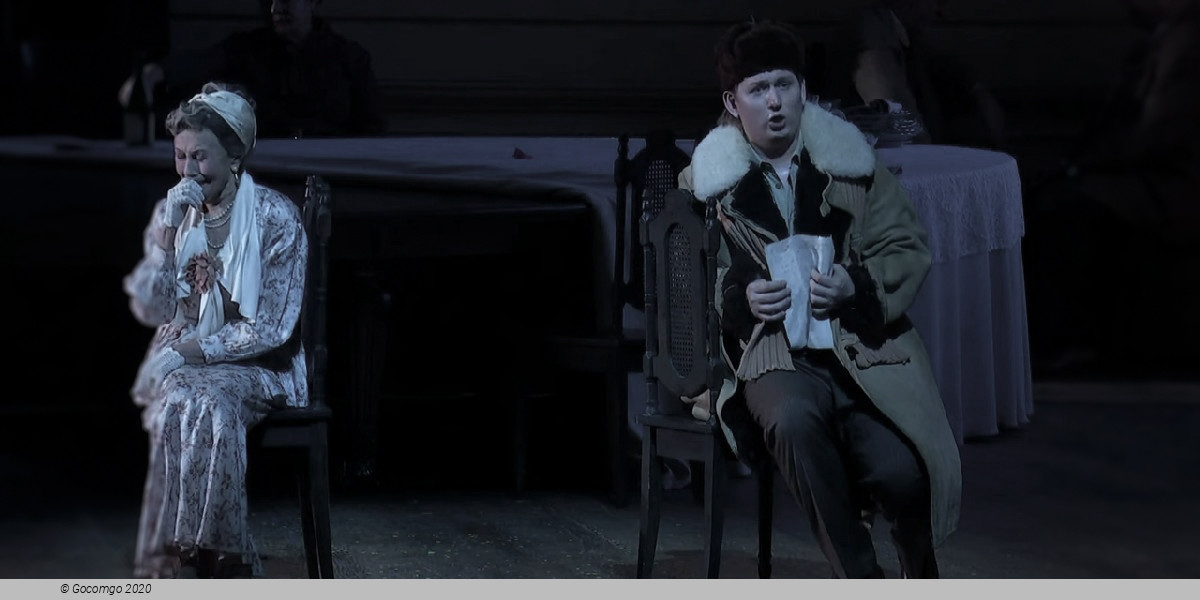 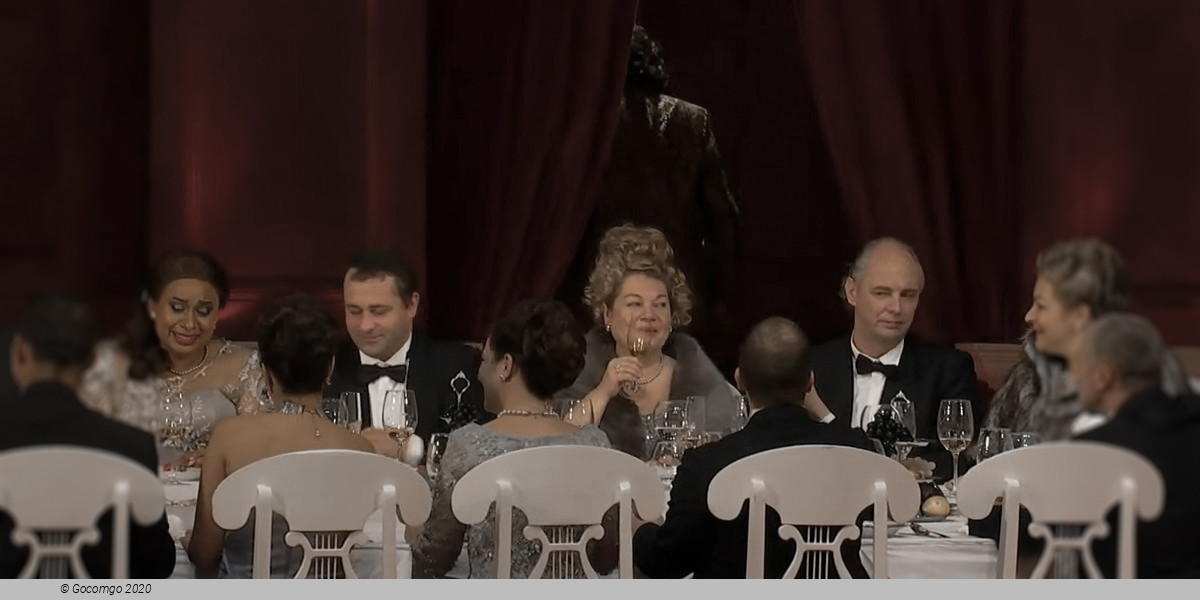 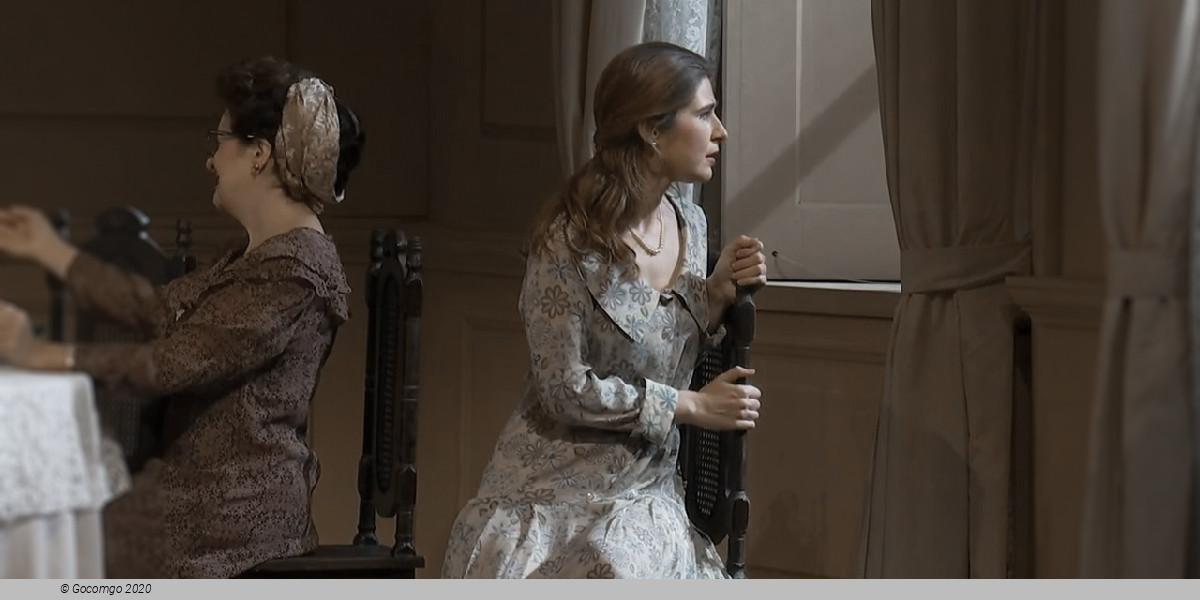 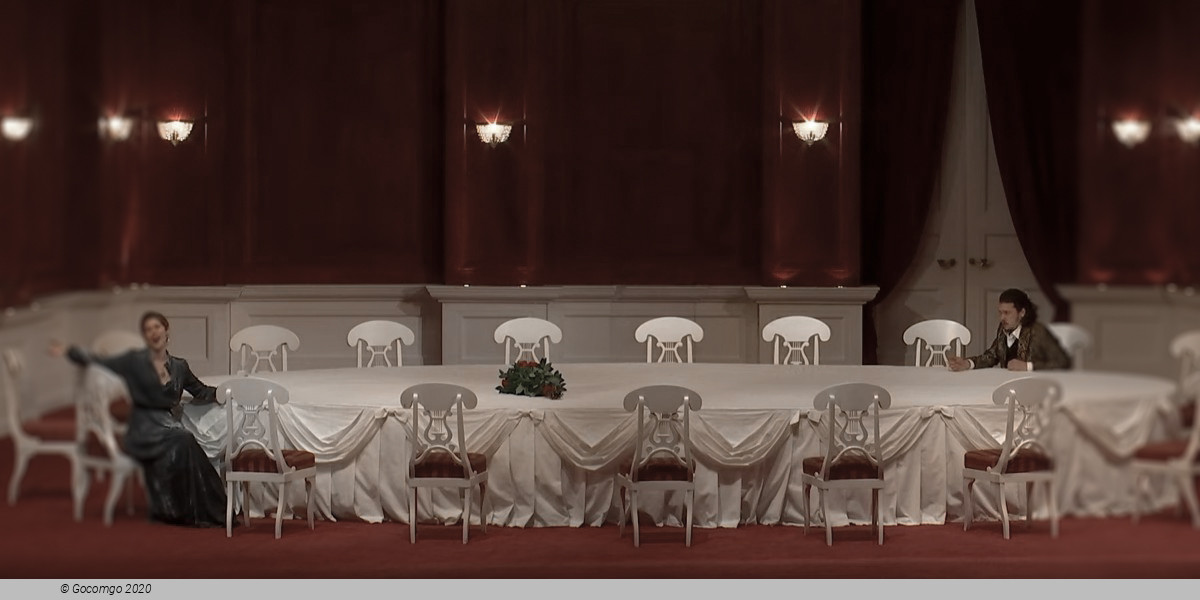 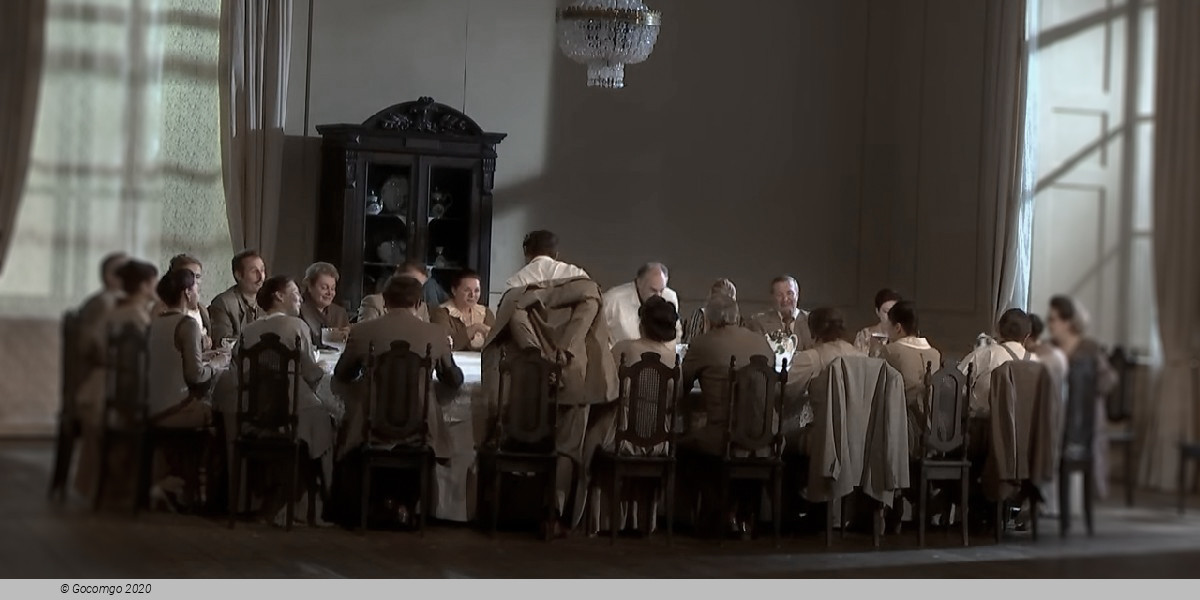 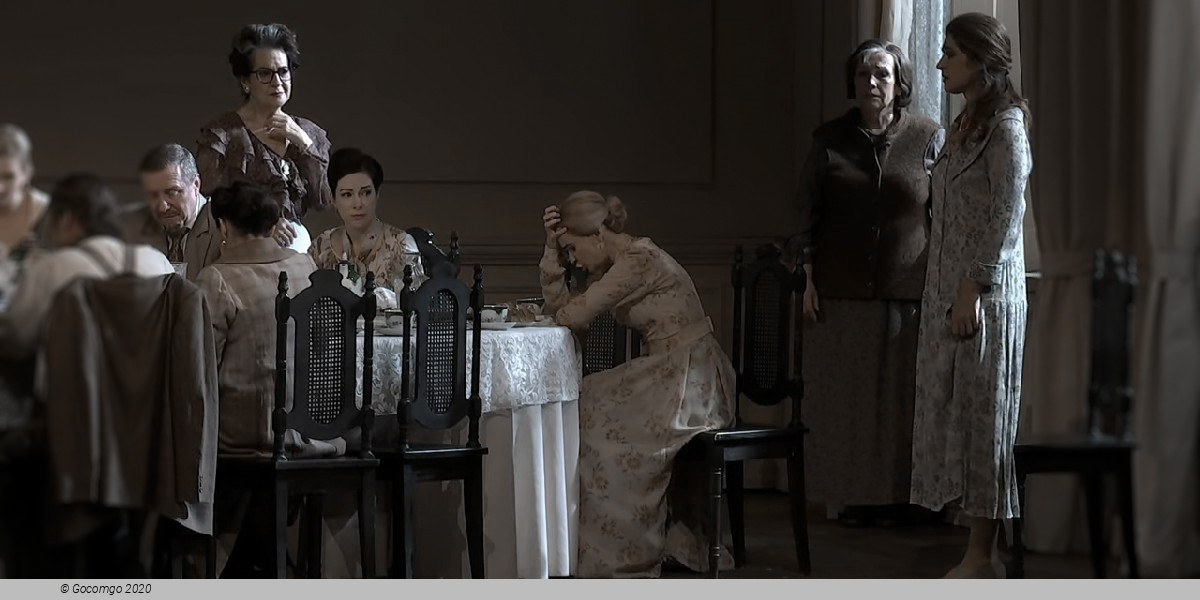 This production places the action in post-Soviet Russian society, concentrating on the protagonists’ inner selves.

"What a treasure-trove of poetry in Onegin. You won’t believe how taken I am with it.", wrote Tchaikovsky in a rave letter to his brother Modest about Pushkin’s novel. The composer read it overnight after the singer Elisabeth Lawrowskaja recommended it in May 1877, and started sketching out his new opera next morning: "I want to try and create an intimate but powerful drama which touches on conflicts that have deeply moved me." The result was a masterpiece, about loneliness and conflicting human emotions. Tatjana, living in the countryside, longing for romantic love, which she has only read about in books, thinks she’s found the ideal partner in Eugene Onegin, but he spurns her. It’s only some years later, when Tatjana’s married to Prince Gremin, that he realises what a mistake he made. This production places the action in post-Soviet Russian society, concentrating on the protagonists’ inner selves.

Eugene Onegin is an opera ("lyrical scenes") in 3 acts (7 scenes), composed by Pyotr Ilyich Tchaikovsky. The libretto, organised by the composer himself, very closely follows certain passages in Alexander Pushkin's novel in verse, retaining much of his poetry.

The Oper Frankfurt (Frankfurt Opera) is one of the leading opera companies in Europe, and voted best "Opera house of the year" several times since 1996.

Opera in Frankfurt am Main has a long tradition, with many world premieres such as Franz Schreker's Der ferne Klang in 1912, Fennimore und Gerda by Frederick Delius in 1919, and Carl Orff's Carmina Burana in 1937. Frankfurt's international recognition began in the Gielen Era, 1977 to 1987, when Michael Gielen and stage directors such as Ruth Berghaus collaborated.

A historic opera house from 1880 was destroyed in World War II, and reconstructed as a concert hall, Alte Oper. The present opera house, built in 1963, is under one roof with the stage for drama. The opera orchestra is called Frankfurter Opern- und Museumsorchester. Today's venue for Baroque and contemporary opera is the Bockenheimer Depot, a former tram depot.

Oper Frankfurt is part of the Städtische Bühnen Frankfurt.