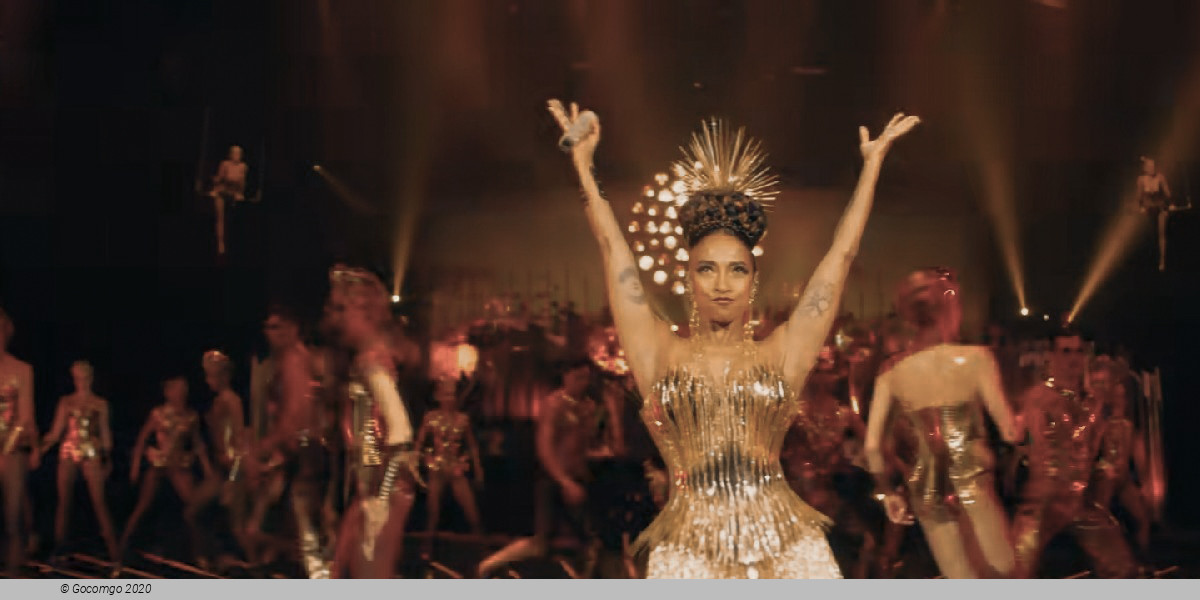 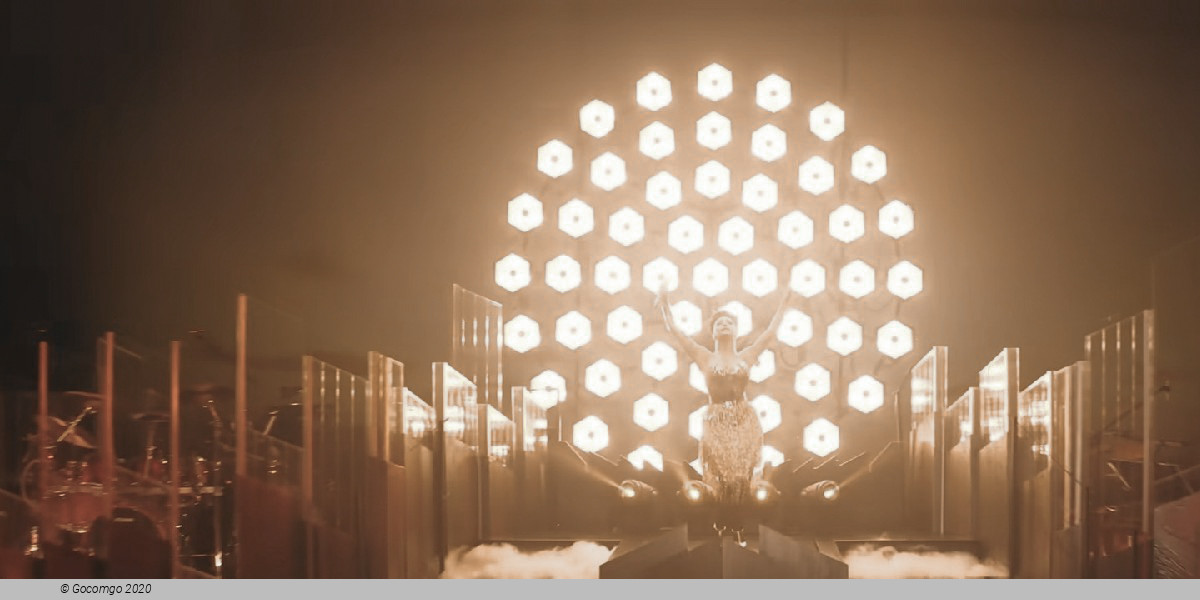 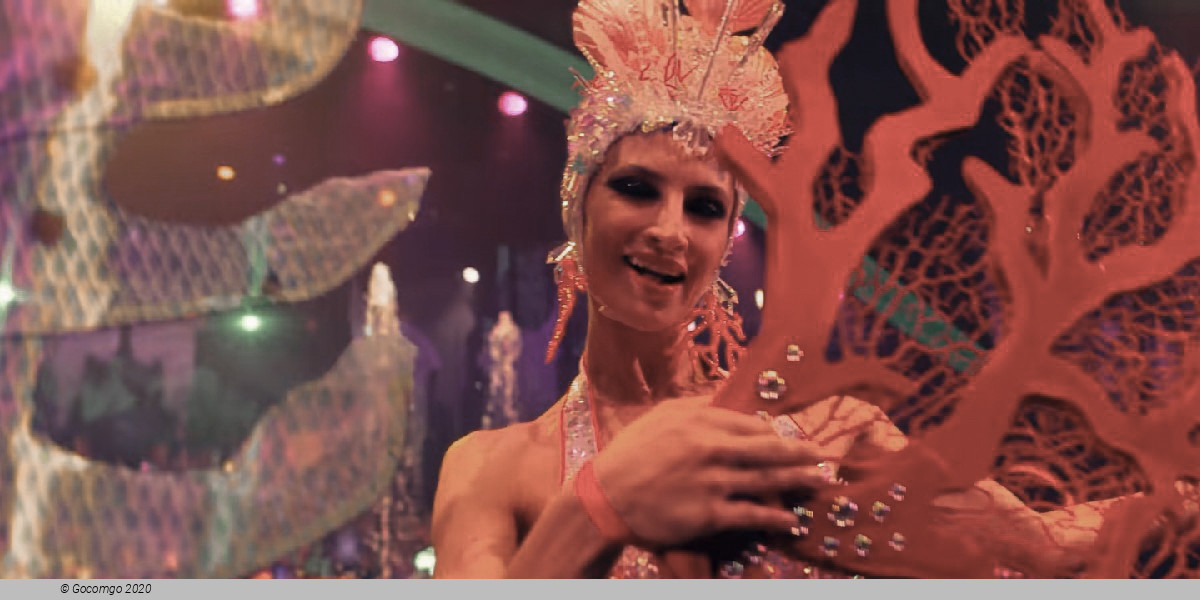 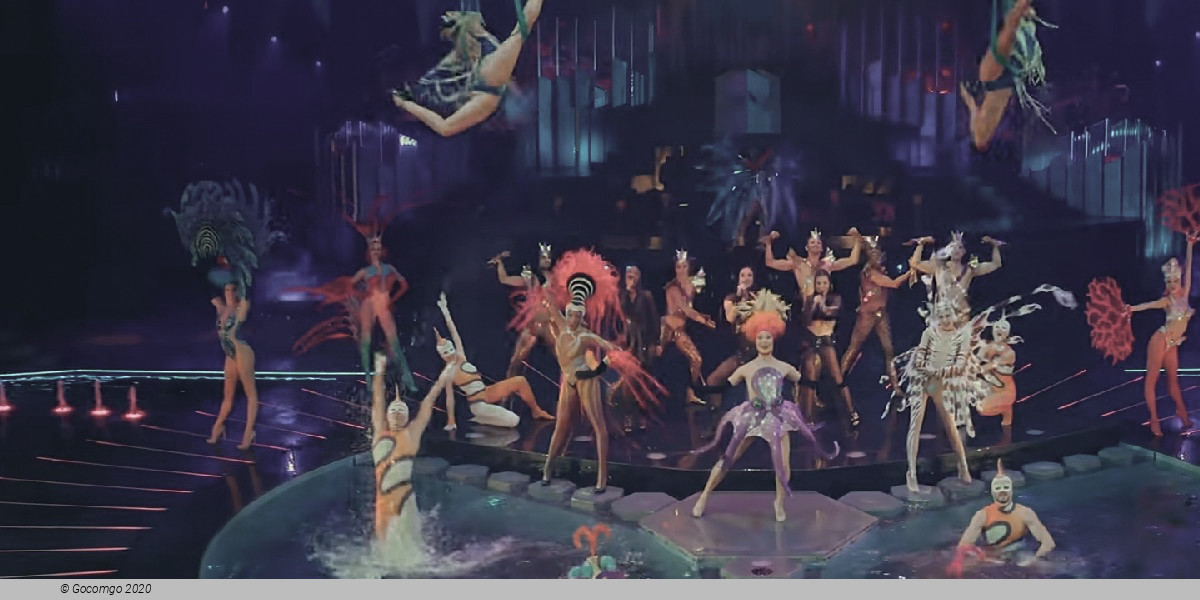 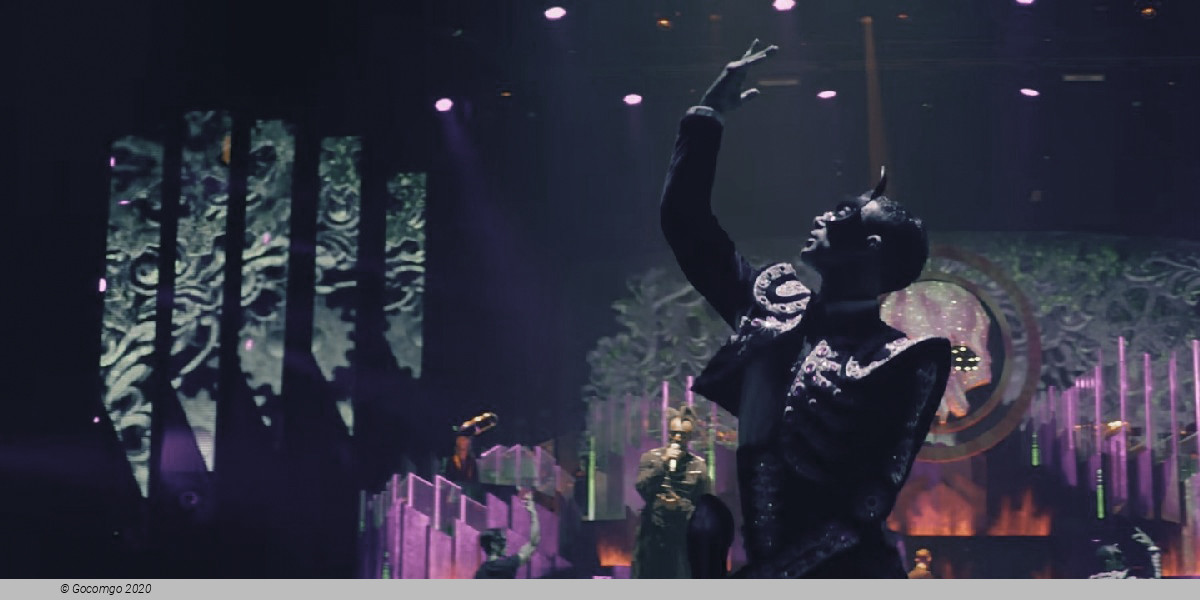 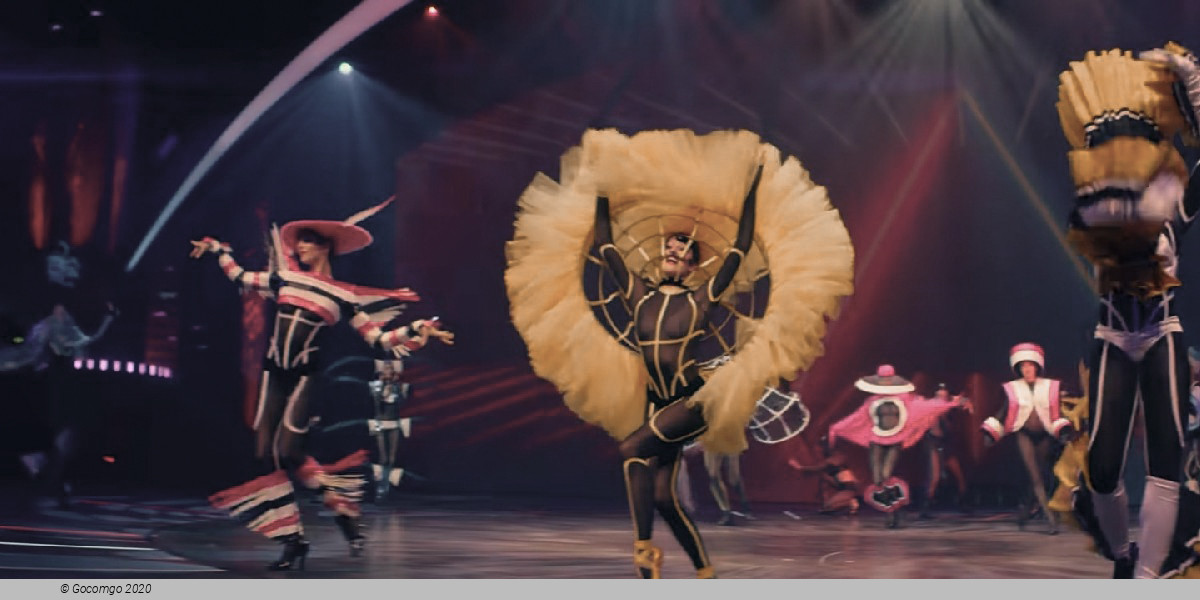 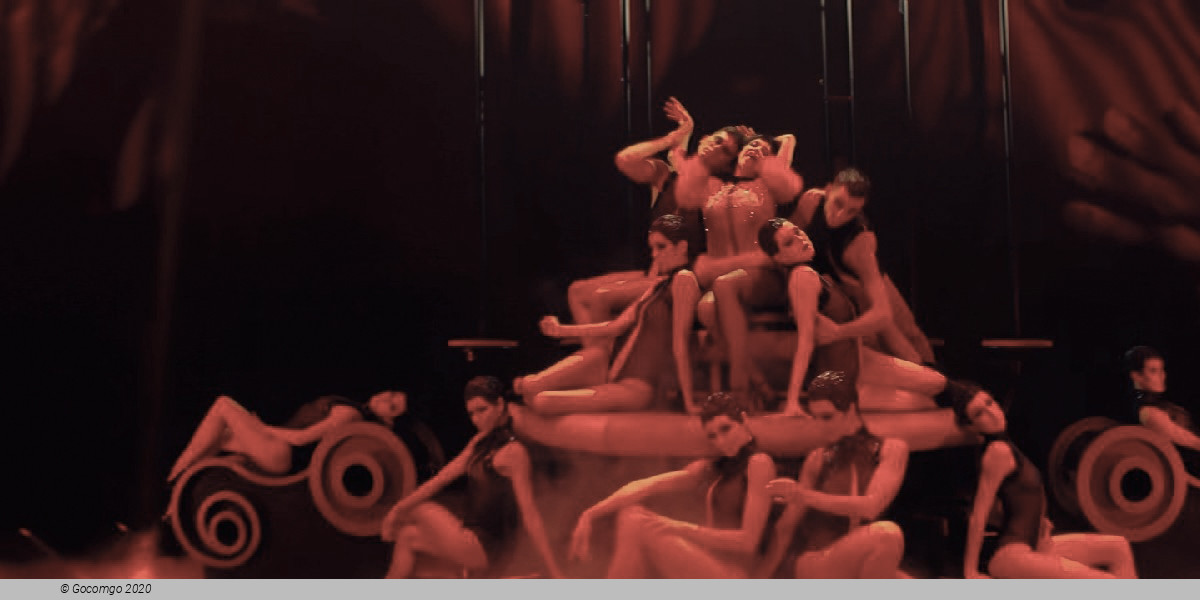 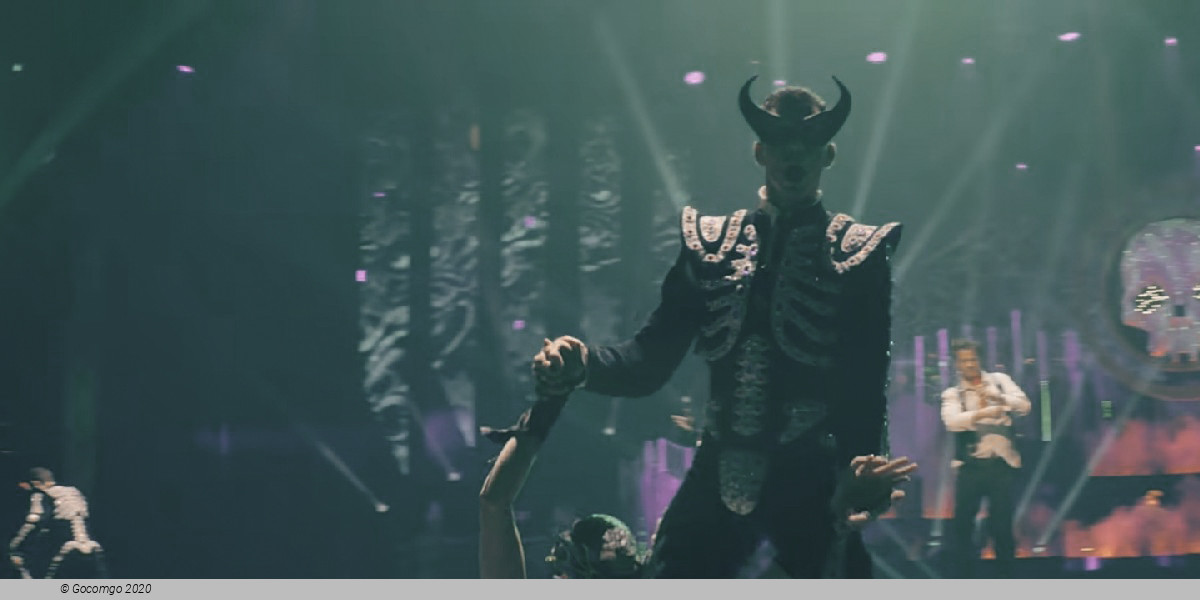 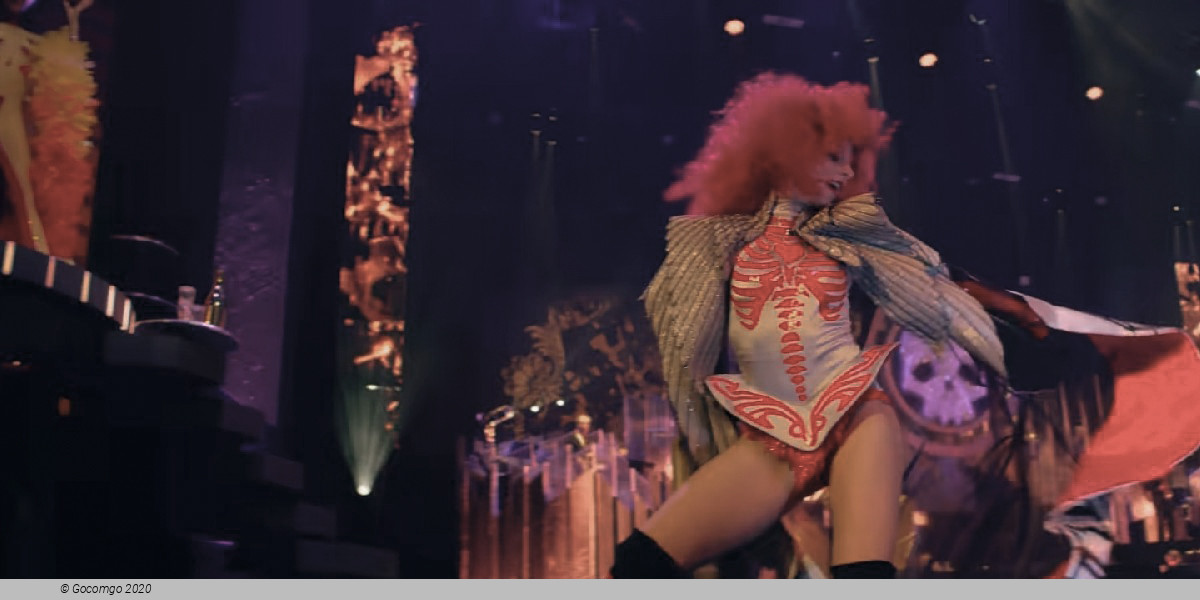 ARISE sparks a mesmerizing abundance of emotions. Poignant and emotive, it overflows with hope, happiness, and joy for life.

"The most spectacular show in Europe!" - (Daily Express, London)
Fall in love with over 100 artists on the largest theatre stage in the world.
Extravagant costumes, breathtaking stage sets, and artistic excellence will amaze you.

In ARISE, Cameron experiences first-hand that love withstands the test of time. ARISE means to stand up, not to give up, to keep faith in the heart-warming power of love.

The new Grand Show sparks a torrent of emotions that will also tug on your heartstrings and evoke powerful and magnificent images. Poignant and moving, it overflows with hope, happiness, and joy for life.

The story
Cameron’s life is like his pictures: abound with brilliant colors, enthralling, different. The sought-after photographer jets around the globe, always accompanied by his beloved muse. She is his only love and the inspiration for his art. When he loses her, his happiness is destroyed.
Plunged into darkness, Cameron stares glumly at the photos on his walls. They exude an inexplicable attraction. And then they really do begin to return to life … Light magically draws him into his most emotional and beautiful memories. Is his muse maybe still trying to tell him something?

The history of the Friedrichstadt-Palast goes back to an earlier market hall, which is about 200 meters southwest of present-day location between the Bertolt-Brecht-Platz and the road was at the circus, the official address was in 1867 at the 1st Circus.

Today, the Friedrichstadt-Palast is the largest and most modern show palace in Europe. On April 27, 1984, the new Friedrichstadt-Palast opened. It measures 80 meters (260 ft) wide, 110 meters (360 ft) long and covers a floor area of 195,000 cubic meters. Its concrete architecture retains the basic ideas of the old interior vestibule but has a new contemporary façade. The three reliefs on the south side and one on the north side of the building are works by sculptor Emilia N. Bayer. They relate back to the history of the Palace as a circus, theater, and vaudeville theater.

The Friedrichstadt-Palast's large hall is regularly used as a performing space and has a seating capacity of 1,895. Its stage floor of 2,854 square meters (30,720 sq ft) is the largest in the world. The 24-meter (79 ft) wide proscenium arch is the widest in Europe.

Friedrichstadt-Palast has diverse programming, ranging from children's shows, guest performances, and festival galas. The venue specializes in complex shows that use advanced lighting and stage technology, over a hundred performers, and stylized acrobatic numbers. “Now we are modern – trying to compete with Las Vegas, but not in a western or American way,” said Berndt Schmidt. In residence, the Friedrichstadt-Palast has a Ballet Company, a show-band, and a Youth Ensemble. The shows are suitable for an international audience.

The showband of the Friedrichstadt-Palast, directed by Daniel Behrens, includes 16 musicians.

The Children and Youth Ensemble, “Children play for children,” has 250 Berlin children ranging from ages 6–16. The beginnings of the ensemble date back to 1947 when 250 Berlin children trained there. Currently, it receives 1,000 applicants, and 20-30 children can be accepted. Former members of the ensemble have been Paula Beer (won Best Young Actress Award from the Bavarian Film Award), Alina Levshin (won Best Actress for “Warrior” from the German Cinema Film Award), and Julia Richter (winner of the Hersfeld-Preis in 1996).

Since 2009, the venue has been used for the Berlin International Film Festival.

The Quatsch Comedy Club is located in the basement of Friedrichstadt-Palast. The club's founder Thomas Hermanns launched the popularity of stand-up comedy in Berlin in the early nineties. From Thursday to Sunday, German stand-up comedians perform at the “Club Mix.” Guests have been Bernhard Hoëcker, Olaf Schubert, Dave Davis and Cloozy Haber.