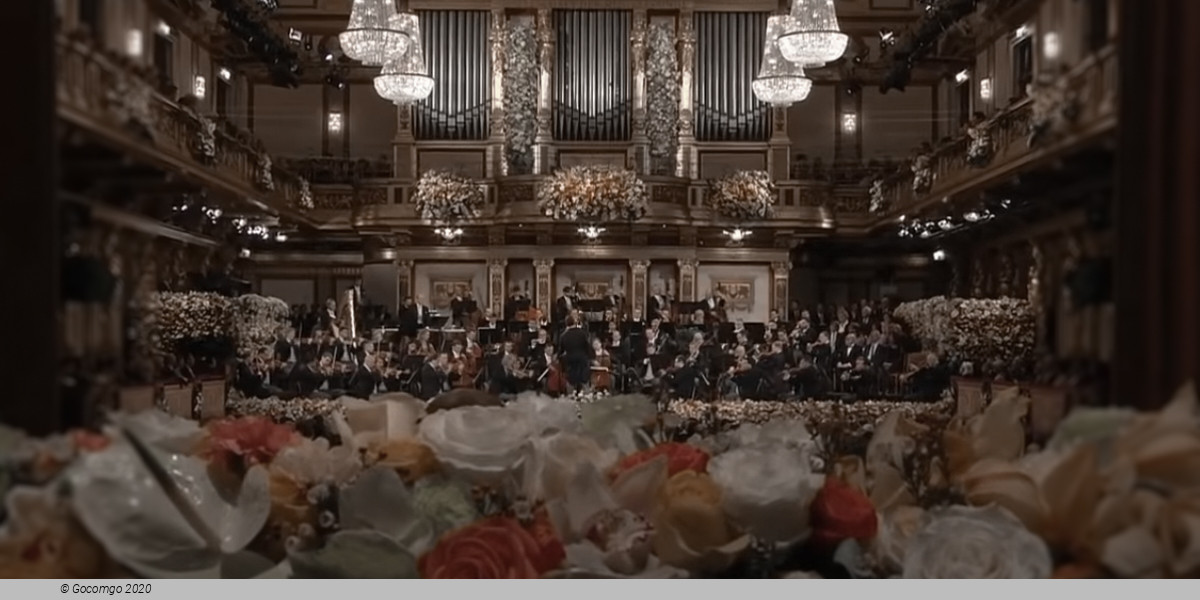 There is perhaps no other musical ensemble more consistently and closely associated with the history and tradition of European classical music than the Vienna Philharmonic. In the course of its history, the musicians of this most prominent orchestra of the capital city of music have been an integral part of a musical epoch which due to an abundance of uniquely gifted composers and interpreters must certainly be regarded as unique.

The orchestra's close association with this rich musical history is best illustrated by the statements of countless pre-eminent musical personalities of the past. Richard Wagner described the orchestra as being one of the most outstanding in the world; Anton Bruckner called it "the most superior musical association"; Johannes Brahms counted himself as a "friend and admirer"; Gustav Mahler claimed to be joined together with the orchestra through "the bonds of musical art"; and Richard Strauss summarized these sentiments by saying: "All praise of the Vienna Philharmonic reveals itself as understatement."

Over the course of about 180 years, this chosen path of democratic self-administration has experienced slight modifications, but has never been substantially altered. The foremost ruling body of the organization is the musicians’ general assembly. In addition to the yearly general business meeting (required by law), several additional meetings of the full orchestra take place during the year. At these meetings, any and every issue may be brought up and voted upon. In actual practice, numerous decisions are delegated to the twelve elected members of the administrative committee. With the exception of changes to the statutes, which require a 4/5 majority, all decisions are made based on a simple majority, and the execution of those votes is the responsibility of the administrative committee. While the development into a mid-sized business enterprise importantly builds on the orchestra’s administrative staff, it is nevertheless the elected officials, members of the orchestra, who make all decisions and carry ultimate responsibility.

Since its inception through Otto Nicolai in 1842, the fascination which the orchestra has exercised upon prominent composers and conductors, as well as on audiences all over the world, is based not only on a homogenous musical style which is carefully bequeathed from one generation to the next, but also on its unique structure and history. The desire to provide artistically worthy performances of the symphonic works of Mozart and Beethoven in their own city led to the decision on the part of the court opera musicians to present a "Philharmonic" concert series independent of their work at the opera, and upon their own responsibility and risk. The organizational form chosen for this new enterprise was democracy.

In concerts in Vienna and around the world, the Vienna Philharmonic is much more than Austria's top cultural export. In their performances the musicians express the ideals of peace, humanity and reconciliation, which are so deeply entwined with the message of music. This includes performing concerts in locations of historical significance as well as painful flashpoints in political history. These include such events as the memorial concert at the former concentration camp at Mauthausen in 2000 as well as the concert in Sarajevo in 2014 in commemoration of the outbreak of World War I and the Concert for Peace in Versailles in 2018 in remembrance of the end of the War. In 2012, the Vienna Philharmonic became the first Goodwill Ambassador for the International Institute for Applied Systems Analysis (IIASA). The musicians endeavor to implement the motto with which Ludwig von Beethoven prefaced his "Missa Solemnis" - "From the heart, to the heart".