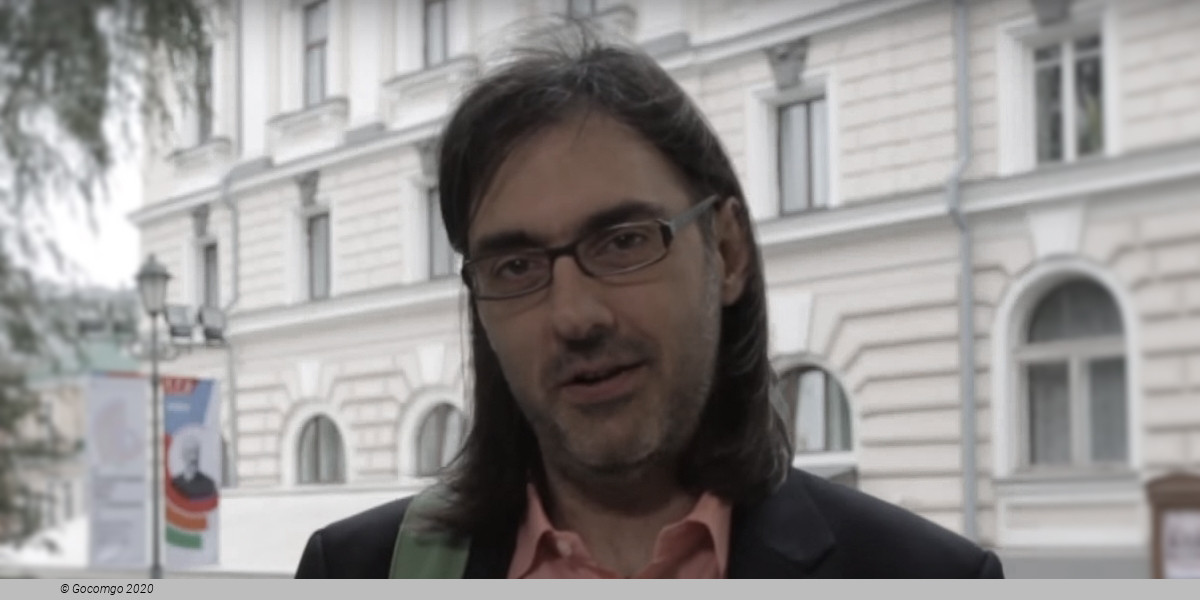 The Greek violinist Leonidas Kavakos is “artiste étoile” at the 2019 Summer Festival in Lucerne. Born in 1967 in Athens, he began playing violin at the age of five. He completed his studies with Stelios Kafantaris at the conservatory of his native city and with Josef Gingold at the University of Indiana.

Kavakos triumphed at the Sibelius Competition in Helsinki in 1985, and in 1988 he won the Naumburg Violin Competition in New York and the Premio Paganini in Genoa. He made the first-ever recording of the Sibelius Concerto in the original version (long considered “unplayable”), which became a sensation and received Gramophone’s Concerto of the Year Award in 1991. Since then Kavakos has been appearing as a soloist with many renowned orchestras, including the Berlin and Vienna Philharmonics; the Leipzig Gewandhaus Orchestra; the Dresden Staatskapelle; the Philadelphia Orchestra; the Filarmonica della Scala; the Chicago Symphony; and the Los Angeles, Israel, and New York Philharmonics. Kavakos himself has increasingly taken up conducting and has led the London, Boston, and Houston Symphony Orchestras; the Budapest Festival Orchestra; the New York and Rotterdam Philharmonics; the Vienna Symphony; the Chamber Orchestra of Europe; and the Deut-sches Symphonie-Orchester Berlin. In the 2018-19 season, Kavakos was artist-in-residence with the Bavarian Radio Symphony Orchestra and made a recording with that ensemble of Beethoven’s Violin Concerto, playing the double roles of soloist and conductor. His cycle of the complete Beethoven sonatas with Enrico Pace won the Echo Klassik Award in 2013, and in 2014 he received Gramophone’s Artist of the Year Award. His most-recent release is of the Brahms piano trios with Emanuel Ax and Yo-Yo Ma. Leonidas Kavakos, who received the Léonie Sonning Music Prize in 2017, plays the “Willemotte” Stradivari from 1734.

LUCERNE FESTIVAL (IMF) debut on 29 August 1999, with Kim Kashkashian and Natalia Gutman, in a concert of works by Beethoven and Schnittke.