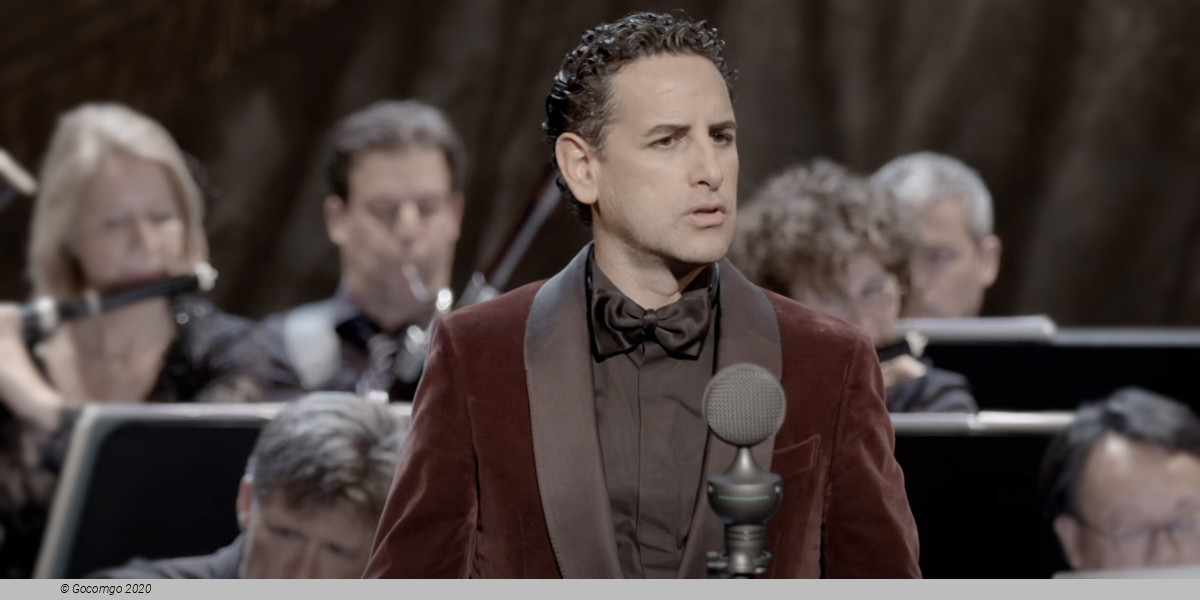 Juan Diego Flórez (born January 13, 1973) is a Peruvian operatic tenor, particularly known for his roles in bel canto operas. On June 4, 2007, he received his country's highest decoration, the Knight Grand Cross in the Order of the Sun of Peru.

Early years
Juan Diego Flórez was born in Lima, Peru, on January 13, 1973 where his father, Rubén Flórez, was a noted guitarist and singer of Peruvian popular and criolla music. In an interview in the Peruvian newspaper Ojo, Flórez recounted his early days when his mother managed a pub with live music and he worked as a replacement singer whenever the main attraction called in sick. "It was a tremendous experience for me, since most of those who were regulars at the pub were of a certain age, so I had to be ready to sing anything from huaynos to Elvis Presley music and, in my mind, that served me a great deal because, in the final analysis, any music that is well structured—whether it is jazz, opera, or pop—is good music".

Initially intending to pursue a career in popular music, he entered the Conservatorio Nacional de Música in Lima at the age of 17. His classical voice emerged in the course of his studies there. During this time, he became a member of the Coro Nacional of Peru and sang as a soloist in Mozart's Coronation Mass and Rossini's Petite messe solennelle.

He received a scholarship to the Curtis Institute in Philadelphia where he studied from 1993 to 1996 and began singing in student opera productions in the repertory that is still his specialty today, Rossini and the bel canto operas of Bellini and Donizetti. During this period, he also studied with Marilyn Horne at the Music Academy of the West in Santa Barbara. In 1994 the Peruvian tenor, Ernesto Palacio invited him to Italy to work on a recording of Vicente Martín y Soler's opera Il Tutore Burlato. Palacio subsequently became Flórez's teacher, mentor and manager and has had a profound influence on his career.

International career
Flórez's first breakthrough and professional debut came in 1996 at the Rossini Festival in the Italian city of Pesaro, Rossini's birthplace. At the age of 23, he stepped in to take the leading tenor role in Matilde di Shabran when Bruce Ford became ill. He made his debut at La Scala in the same year as the Chevalier danois (Danish Knight) in Gluck's Armide, and later in the year he sang the role of Georges in Meyerbeer's L'étoile du nord with Wexford Festival Opera. His Covent Garden debut followed in 1997 where he sang the role of Count Potoski in a world premiere concert performance of Donizetti's Elisabetta. Debuts followed at the Vienna State Opera in 1999 as Count Almaviva in Il barbiere di Siviglia and at the New York Metropolitan Opera in 2002, again as Count Almaviva. On February 20, 2007, the opening night of Donizetti's La fille du régiment at La Scala, Flórez broke the theater's 74-year-old tradition of no encores when he reprised "Ah! mes amis" with its nine high C's following an "overwhelming" ovation from the audience. He repeated this solo encore at New York's Metropolitan Opera House on April 21, 2008, the first singer to do so there since 1994.

Flórez is also active on the concert stages of Europe, North America, and South America. Amongst the many venues in which he has given concerts and recitals are the Wigmore Hall in London, the Théâtre des Champs-Élysées in Paris, Lincoln Center and Carnegie Hall in New York, the Palau de la Música in Barcelona, the Teatro Segura in Lima, and the Mozarteum in Salzburg. In a departure from his usual repertoire, he sang "You'll Never Walk Alone" from the Broadway musical Carousel at the Berlin Live 8 concert in 2005.

He was signed by Decca in 2001 and since then has released six solo recital CDs on the Decca label: Rossini Arias, which won the 2003 Cannes Classical Award; Una furtiva lagrima, which won the 2004 Cannes Classical Award; Great Tenor Arias which won the 2005 Echo Klassik award for the best arias and duets recital; Sentimiento Latino; Arias for Rubini, Bel Canto Spectacular and Gluck's Orphée et Eurydice, recorded live in May 2008. In addition to his official discography, almost all his professionally performed roles have been preserved in radio broadcasts, and many also by television.

Moving into more lyric roles, he made his debut in Massenet's Werther in Bologna in December 2016, returning to the role in Zurich in April 2017, described the Diapason critic as a triumph, demonstrating his exemplary discipline in accent and phrasing, excellent shading. and with the natural allure of a poet.

Voice
Flórez's head and chest registers are perfectly integrated, with no audible break in the passaggio. The ornaments of bel canto, including the trill, are well executed, and stylistic errors such as intrusive aspirates generally eschewed. Perhaps the most distinctive technical accomplishment is the singer's mastery of coloratura heard to best effect in his Idreno (Semiramide) and Corradino (Matilde di Shabran).