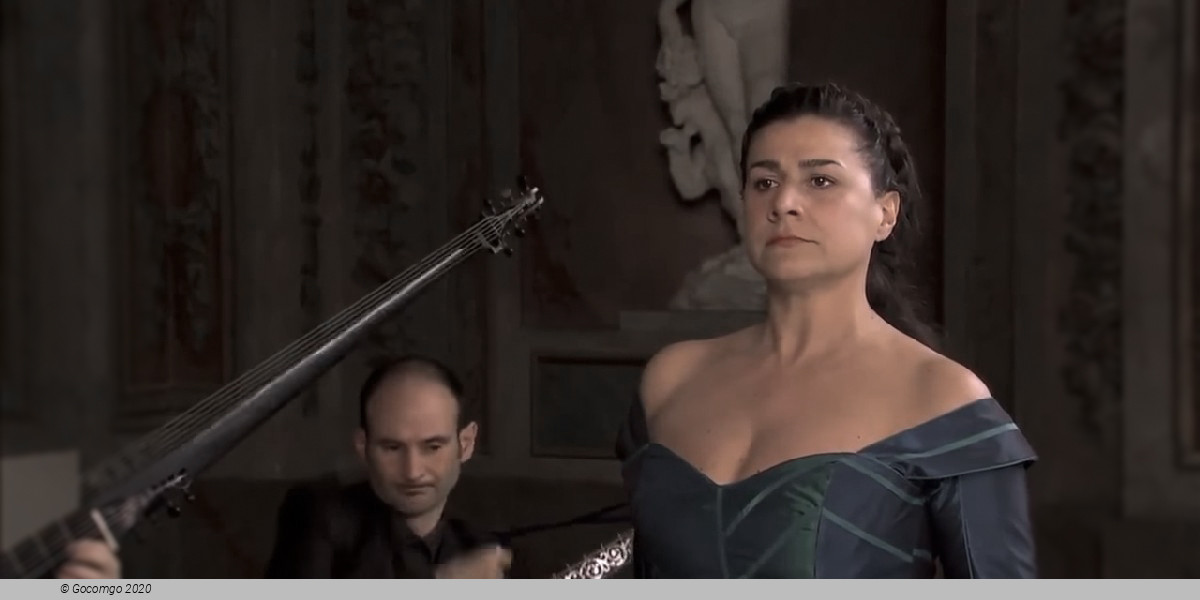 Cecilia Bartoli, Cavaliere OMRI is an Italian coloratura mezzo-soprano opera singer and recitalist. She is best known for her interpretations of the music of Bellini, Mozart and Rossini, as well as for her performances of lesser-known Baroque and Classical music. She is known for having the versatility to sing soprano and mezzo roles.

Bartoli is considered a coloratura mezzo-soprano with an unusual timbre. She is one of the most popular (and one of the top-selling) opera singers of recent years.

Bartoli was born in Rome. Her parents, Silvana Bazzoni and Pietro Angelo Bartoli, were both professional singers and gave her her first music lessons. Her first public performance was at age nine as the shepherd boy in Tosca. Bartoli later studied at the Conservatorio di Santa Cecilia in Rome.

Bartoli came to prominence in her early twenties. She made her professional opera début in 1987 at the Arena di Verona. The following year she undertook the role of Rosina in Rossini's The Barber of Seville at the Cologne Opera, the Schwetzingen Festival and the Zurich Opera earning rave reviews. Working with the conductors Daniel Barenboim and Nikolaus Harnoncourt, Bartoli focused on Mozart roles, such as Zerlina in Don Giovanni and Dorabella in Così fan tutte, and from then on her career has developed internationally.

In 1990 she made her début at the Opéra Bastille as Cherubino in Mozart's Le nozze di Figaro and her debut at the Hamburg State Opera as Idamantes in Mozart's Idomeneo. This was followed by her La Scala début as Isolier in Le comte Ory in 1991, a performance which solidified her reputation as one of the world's leading Rossini singers.

In 1996, she made her debut at the Metropolitan Opera as Despina in Così fan tutte and returned in 1997 to sing the title role of La Cenerentola and in 1998 to sing the role of Susanna in Le nozze di Figaro. In 2000 she sang in another Mozart soprano role, Donna Elvira in Don Giovanni, at the Deutsche Oper Berlin. In 2001 she made a long-awaited Royal Opera House début, taking the roles of Euridice and the Genio in the London stage première of Haydn's L'anima del filosofo.

In addition to Mozart and Rossini, Bartoli has spent much of her time performing and recording baroque and early classical era music of such composers as Gluck, Vivaldi, Haydn and Salieri. In early 2005, she sang Cleopatra in Handel's Giulio Cesare, a role written for a soprano, but which is in mezzo-soprano range. She often performs with the baroque Ensemble Il Giardino Armonico.

In 2007/08 Bartoli devoted her time to studying and recording the early 19th century repertoire – the era of Italian Romanticism and bel canto – and especially the legendary singer Maria Malibran, the 200th anniversary of whose birth was celebrated in March 2008. The album Maria was released in September 2007. In May 2008, Bartoli played the title role written for Malibran in a revival of Fromental Halévy's 1828 opera Clari at the Zurich Opera. In June 2010 she sang the title role of Bellini's Norma for the first time with conductor Thomas Hengelbrock in a concert in the Konzerthaus Dortmund. In March 2011, Bartoli toured five Australian cities with two programs, drawn from Sacrificium and Maria.

In 2012 Bartoli became the artistic director of the Salzburg Whitsun Festival, an extension of the traditional Salzburg Festival, which produces performances during Whitsun (Pentecost) weekend. Forgoing the academic programming of her predecessors, she reformulated the festival's programming—returning to "the old recipe of organizing beautiful programs and inviting great artists"—resulting in record ticket sales and placing the festival on the international opera calendar. In 2012, she sang Cleopatra in Handel's Giulio Cesare, in 2013 the title role in Vincenzo Bellini's Norma, and in 2014 Rossini's La Cenerentola.

In 2011, Bartoli won a fifth Grammy Award for Best Classical Vocal Performance for Sacrificium. In 2012 she was voted into the magazine's Gramophone's Hall of Fame. She is a 2012 recipient of the Herbert von Karajan Music Prize.